Bill Gates was born October 28, 1955. He is an American businessman, software developer and investor. Everybody knows much about Bill Gates as he is an entrepreneur, tech developer, millionaire, businessman etc. Bill Gates is a perfect example of a self made man. He dropped out of Harvard in order to start his own business, nobody took his ideas of technology seriously but in all of this his parents always supported him and encouraged him to better. And today he is one of the top millionaires in the world. His one decision of dropping out from Harvard and pursuing his dream led him to his success. He loved techs, his passion towards technology made him The Bill Gates, his never ending desire to develop technology has consistently kept him in his position.

Apart from from just earning he has done tremendous work in charity. He helped many countries to increase their literacy rate. This shows humbleness and raw attitude of a multi millionaire. He is a man of commitment, focus and sheer will. If you want to be successful then always keep your focus consistent, be on your commitment and keep your sheer will on point. Temptation of pursuing something is very important to get success.

“Your most unhappy customers are your greatest source of learning.”

“Success is a lousy teacher. It seduces smart people into thinking they can’t lose.”

“The Internet is becoming the town square for the global village of tomorrow.” 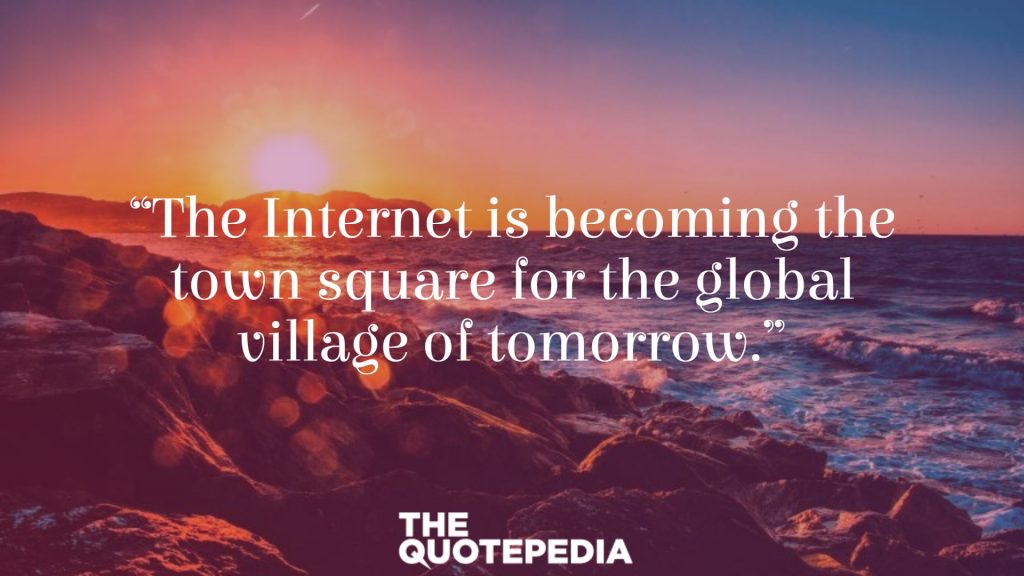 “If you can’t make it good, at least make it look good.”

“As we look ahead into the next century, leaders will be those who empower others.”

It’s fine to celebrate success but it is more important to heed the lessons of failure.”

“Intellectual property has the shelf life of a banana.”

“Often you have to rely on intuition.”

“Technology is just a tool. In terms of getting the kids working together and motivating them, the teacher is the most important.”

“Don’t compare yourself with anyone in this world…if you do so, you are insulting yourself.”

“Success is a lousy teacher. It seduces smart people into thinking they can’t lose.” 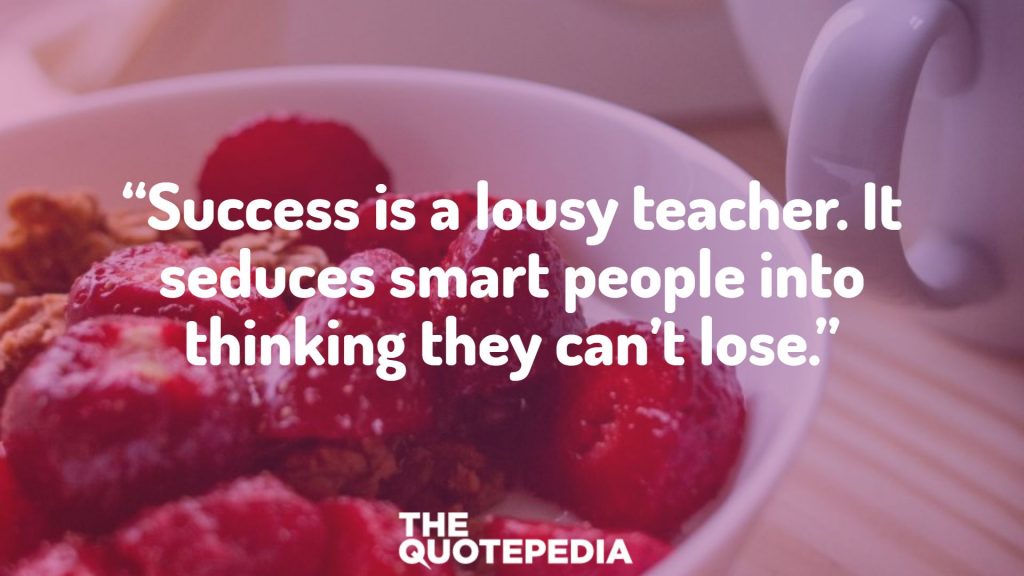 “We make the future sustainable when we invest in the poor, not when we insist on their suffering.”

“It’s fine to celebrate success but it is more important to heed the lessons of failure.”

“We all need people who will give us feedback. That’s how we improve.”

“Discrimination has a lot of layers that make it tough for minorities to get a leg up.”

“As we look ahead into the next century, leaders will be those who empower others.”

“We’ve got to put a lot of money into changing behavior.”

“The most amazing philanthropists are people who are actually making a significant sacrifice.”

“The general idea of the rich helping the poor, I think, is important.” 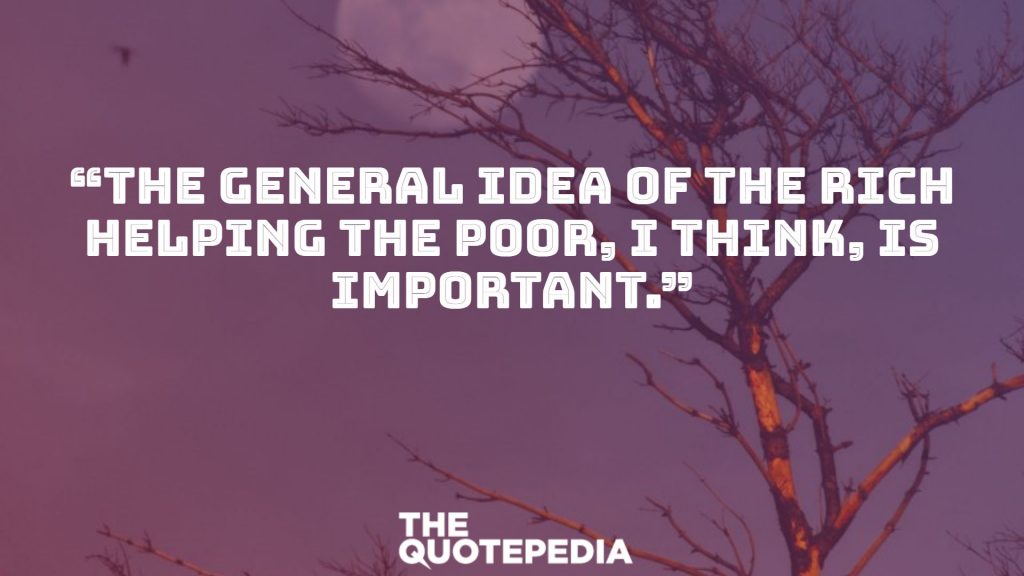 “I believe that if you show people the problems and you show them the solutions they will be moved to act.”

“Legacy is a stupid thing! I don’t want a legacy.”

“Lectures should go from being like the family singing around the piano to high-quality concerts.”

“Personally, I’d like to see more of our leaders take a technocratic approach to solving our biggest problems.”

“Like my friend Warren Buffett, I feel particularly lucky to do something every day that I love to do. He calls it ‘tap-dancing to work.”

“We have to find a way to make the aspects of capitalism that serve wealthier people serve poorer people as well.”

“Expectations are a form of first-class truth: If people believe it, it’s true.”

“The belief that the world is getting worse, that we can’t solve extreme poverty and disease, isn’t just mistaken. It is harmful.”

“When a country has the skill and self-confidence to take action against its biggest problems, it makes outsiders eager to be a part of it.”

“Money has no utility to me beyond a certain point.”

“I really had a lot of dreams when I was a kid, and I think a great deal of that grew out of the fact that I had a chance to read a lot.”

“If you think your teacher is tough, wait ’til you get a boss. He doesn’t have tenure.”

“Be nice to nerds. Chances are you’ll end up working for one.”

“When you have money in hand only you forget who are you but when you do not have any money in your hand, whole world forget who you are. It’s life!”

“I never took a day off in my twenties. Not one.”

“I failed in some subjects in exam, but my friend passed in all. Now he is an engineer in Microsoft and I am the owner of Microsoft.”

“I really had a lot of dreams when I was a kid, and I think that a great deal of that grew out of the fact that I had a chance to read a lot.”

“People always fear change. People feared electricity when it was invented, didn’t they.”

“To win big, you sometimes need to take big risks.”

“Everyone needs a coach. It doesn’t matter whether you’re a basketball player, a tennis player, a gymnast or a bridge player.”

“On my desk I have three screens, synchronized to form a single desktop. I can drag items from one screen to the next. Once you have that large display area, you’ll never go back, because it has a direct impact on productivity.”

“What’s amazing is, if young people understood how doing well in school makes the rest of their life so much interesting, they would be more motivated. It’s so far away in time that they can’t appreciate what it means for their whole life.”

“The way to be successful in the software world is to come up with breakthrough software, and so whether it’s Microsoft Office or Windows, its pushing that forward. New ideas, surprising the marketplace, so good engineering and good business are one in the same.”

“Software is a great combination between artistry and engineering.”

“Exposure from a young age to the realities of the world is a super-big thing.”

“Software innovation, like almost every other kind of innovation, requires the ability to collaborate and share ideas with other people, and to sit down and talk with customers and get their feedback and understand their needs.”

“I don’t think there’s anything unique about human intelligence.”

These were some of our top picked Bill Gates Quotes, keep following The Quotepedia for more wonderful and motivational quotes

The Art Of War is known as the conclusive text on warfare and military strategy from the beginning when it...