Brave New World is a novel written by Aldous Huxley in 1931, it is a dystopian novel. It was published in 1932. The novel shows the futuristic world where there is so much technological advancement a d citizens have engineered intelligence-based social hierarchy. The novel shows high advancement in terms of technology, learning while sleeping, manipulation by psychology, etc. All these together make a dystopian society and all these are challenged by a single individual.
There are some best lessons we can learn from this novel and which will be able to help us to make a better future for ourselves;
1. The coming age will be harder: coming dystopian will be harder more than we can imagine. We can make it right by keeping our needs in control and controlling our impulses.
2. More evolution over time: There will be over evolution over time, which is not a good thing, that will create a feeling of I am the king. Which will lead to destruction?
3. Once there will be dystopia It will stay for ages: Dystopia will be there for ages once it will be started. So it is better to stop it before it gets started.
4. Use technology in development way: use technology as much as there is a need. If technology is overused then it will lead to destruction and nothing else.
These are the best life lessons which can be taken into account and can be made a better world for us to live. We have listed the best Brave New World Quotes for you to understand it better and easier. Do enjoy it and make this world a better place to live.

“Words can be like X-rays if you use them properly — they’ll go through anything. You read and you’re pierced.”

“Great is truth, but still greater, from a practical point of view, is silence about truth.” 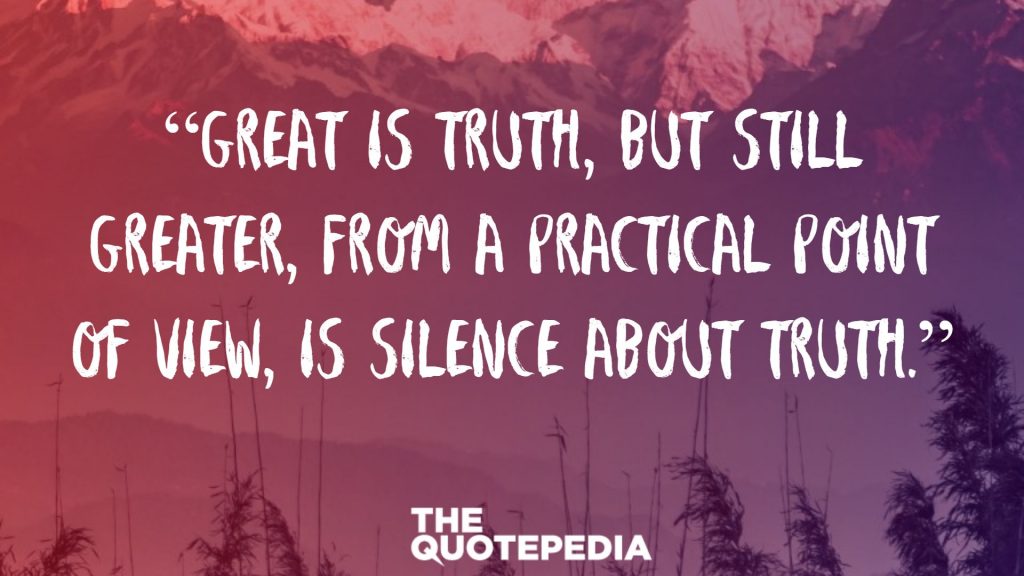 “Isn’t there something in living dangerously?”

“There was a thing called Heaven; but all the same they used to drink enormous quantities of alcohol.”

“A love of nature keeps no factories busy.”

“Ending is better than mending.”

“Never put off till tomorrow the fun you can have today.”

“Can you say something about nothing?”

“What would it be like if I were free—not enslaved by my conditioning.”

“Our world is not the same as Othello’s world. You can’t make flivvers without steel—and you can’t make tragedies without social instability. The world’s stable now. People are happy; they get what they want, and they never want what they can’t get.”

“Most human beings have an almost infinite capacity for taking things for granted.”

“One of the principal functions of a friend is to suffer (in a milder and symbolic form) the punishments that we should like, but are unable, to inflict upon our enemies.” 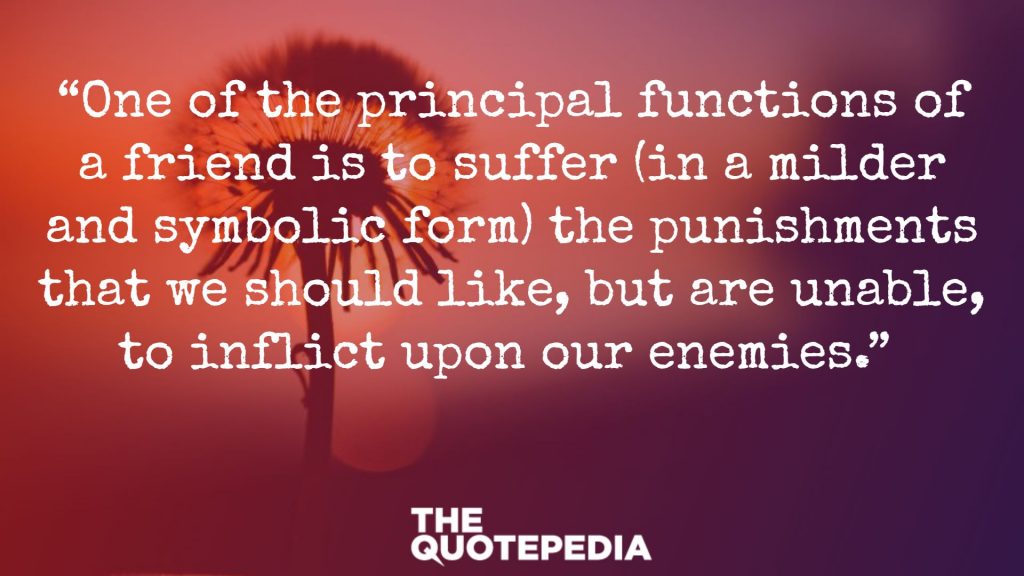 “But I don’t want comfort. I want God, I want poetry, I want real danger, I want freedom, I want goodness. I want sin.”

“One believes things because one has been conditioned to believe them.”

“They’re old; they’re about God hundreds of years ago. Not about God now. But God doesn’t change. Men do though”

“Chronic remorse, as all the moralists are agreed, is a most undesirable sentiment. If you have behaved badly, repent, make what amends you can and address yourself to the task of behaving better next time. On no account brood over your wrongdoing. Rolling in the muck is not the best way of getting clean.”

“If one’s different, one’s bound to be lonely.”

“It is natural to believe in God when you’re alone– quite alone, in the night, thinking about death.”

“A physical shortcoming could produce a kind of mental excess. The process, it seemed, was reversible. Mental excess could produce, for its own purposes, the voluntary blindness and deafness of deliberate solitude, the artificial impotence of asceticism.”

“And, of course, stability isn’t nearly so spectacular as instability. And being contented has none of the glamour of a good fight against misfortune, none of the picturesqueness of a struggle with temptation, or a fatal overthrow by passion or doubt. Happiness is never grand.”

“I want to know what passion is. I want to feel something strongly.”

“Actual happiness always looks pretty squalid in comparison with the over-compensations for misery.”

“I’m claiming the right to be unhappy.”

“I’d rather be myself,” he said. “Myself and nasty. Not somebody else, however jolly.”

“Pain was a fascinating horror”

“Did you ever feel, as though you had something inside you that was only waiting for you to give it a chance to come out? Some sort of extra power that you aren’t using – you know, like all the water that goes down the falls instead of through the turbines?”

“…most men and women will grow up to love their servitude and will never dream of revolution.”

“Did you eat something that didn’t agree with you?” asked Bernard. The Savage nodded. “I ate civilization.”

“I ate civilization. It poisoned me; I was defiled. And then,” he added in a lower tone, “I ate my own wickedness.”

“…reality, however utopian, is something from which people feel the need of taking pretty frequent holidays….”

“A really efficient totalitarian state would be one in which the all-powerful executive of political bosses and their army of managers control a population of slaves who do not have to be coerced, because they love their servitude.”

“And that,” put in the Director sententiously, “that is the secret of happiness and virtue — liking what you’ve got to do. All conditioning aims at that: making people like their unescapable social destiny.”

“We don’t want to change. Every change is a menace to stability.”

“It isn’t only art that is incompatible with happiness, it’s also science. Science is dangerous, we have to keep it most carefully chained and muzzled.”

“What’s the point of truth or beauty or knowledge when anthrax bombs are popping all around you?”

“This concern with the basic condition of freedom — the absence of physical constraint — is unquestionably necessary, but is not all that is necessary. It is perfectly possible for a man to be out of prison and yet not free — to be under no physical constraint and yet to be a psychological captive, compelled to think, feel and act as the representatives of the national State, or of some private interest within the nation, want him to think, feel and act.”

These were some of our top picked Brave New World Quotes, keep following The Quotepedia for more wonderful and motivational quotes

Related quotes:  65+ Falling In Love Quotes To Show Your Feelings For Her/Him

70+ Sad Quotes About Love To Understand The Meaning Of Love

Sadness the feeling in the world which is the worst feeling one can feel. Sadness can be felt by several...