The Art Of War is known as the conclusive text on warfare and military strategy from the beginning when it was written in ancient China around 500 BC. It has inspired businesses, athletes, and of course generals to beat their opponents and compete. Still currently it is inspiring all of them.

The Art of War is an ancient Chinese military strategy during the late spring and mid autumn period written around 500BC. The work is written by ancient Chinese military strategist Sun Tzu and it is composed of 13 chapters. Each chapter is staunch to an aspect of warfare and how it helps to set different military strategies and tactics. For 1500 years it was a text treasure. In the 1080 art of war was formalised as the Seven Military Classics by Emperor Shenzong of Song. In East Asian warfare the Art of War is the most influential warfare strategy text. It has also influenced both Eastern and Western military thinking, business tactics, legal strategy, lifestyles and beyond.
In the whole book there are many phrases which we can distinct as Art Of War Quotes.
So here we bring the Best Art Of War Quotes which will help you to build a strategic mind outside the border, on the border and inside the border. Do enjoy it and make some tactical strategies which no one can beat.

“If you know the enemy and know yourself you need not fear the results of a hundred battles.”

“Keep your friends close, your enemies even closer.” – .

“The supreme art of war is to subdue the enemy without fighting.” 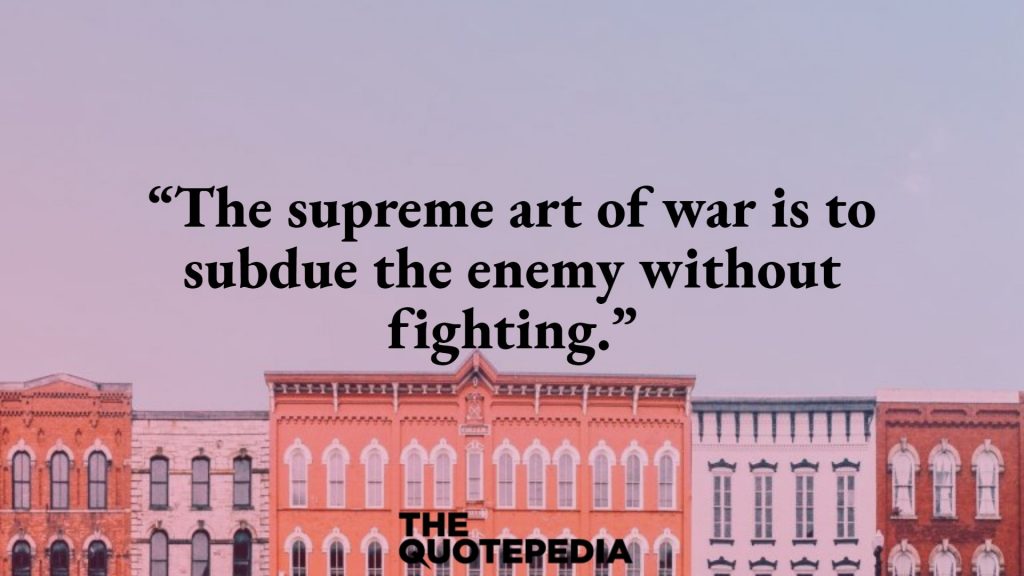 “Let your plans be dark and as impenetrable as night, and when you move, fall like a thunderbolt.”

“If you are far from the enemy, make him believe you are near.”

“In the midst of chaos, there is also opportunity.”

“Strategy without tactics is the slowest route to victory. Tactics without strategy is the noise before defeat.”

“Do not engage an enemy more powerful than you. And if it is unavoidable and you do have to engage, then make sure you engage it on your terms, not on your enemy’s terms.”

“If the mind is willing, the flesh could go on and on without many things.”

“Even the finest sword plunged into salt water will eventually rust.” 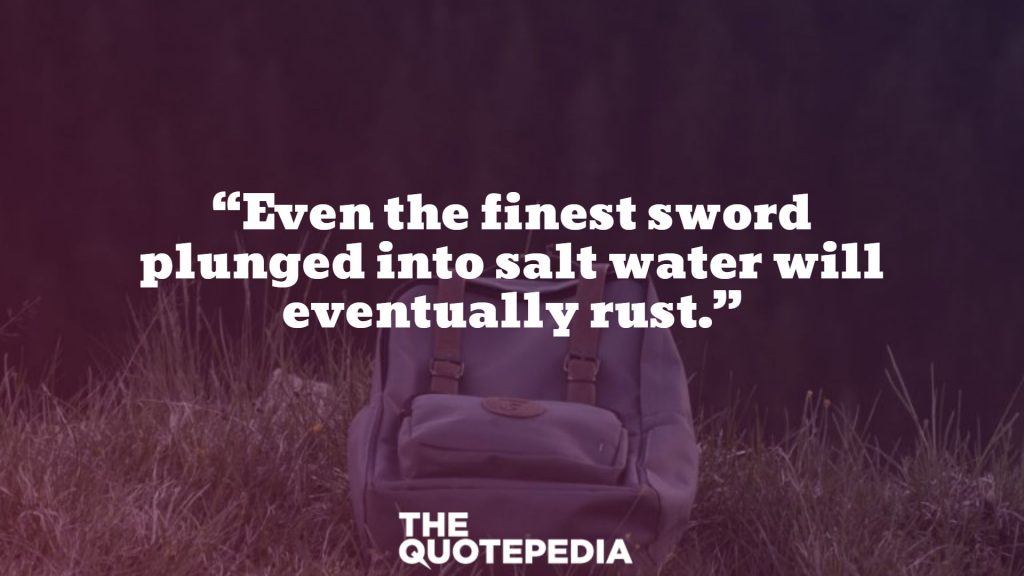 ”Unhappy is the fate of one who tries to win his battles and succeed in his attacks without cultivating the spirit of enterprise, for the result is waste of time and general stagnation.”

“A wise general makes a point of foraging of the enemy.”

“A leader leads by example, not by force.”

“Can you imagine what I would do if I could do all I can?”

“Let your plans be dark and impenetrable as night, and when you move, fall like a thunderbolt.”

“Supreme excellence consists of breaking the enemy’s resistance without fighting.”

“To know your Enemy, you must become your Enemy.”

“You have to believe in yourself.”

“It is only the enlightened ruler and the wise general who will use the highest intelligence of the army for the purposes of spying, and thereby they achieve great results.” – Sun Tzu

“Engage people with what they expect; it is what they are able to discern and confirm their projections. It settles them into predictable patterns of response, occupying their minds while you wait for the extraordinary moment — that which they cannot anticipate.”

“If your enemy is secure at all points, be prepared for him. If he is in superior strength, evade him. If your opponent is temperamental, seek to irritate him. Pretend to be weak, that he may grow arrogant. If he is taking his ease, give him no rest. If his forces are united, separate them. If sovereign and subject are in accord, put division between them. Attack him where he is unprepared, appear where you are not expected.”

“Move swift as the Wind and closely-formed as the Wood. Attack like the Fire and be still as the Mountain.”

“The supreme art of war is to subdue the enemy without fighting.”

“Quickness is the essence of the war.”

“Even the finest sword plunged into salt water will eventually rust.”

“Opportunities multiply as they are seized.”

“He will win who knows when to fight and when not to fight.”

“Invincibility lies in the defence; the possibility of victory in the attack.”

“The quality of decision is like the well-timed swoop of a falcon which enables it to strike and destroy its victim.”

“In the midst of chaos, there is also opportunity.”

“There is no instance of a nation benefitting from prolonged warfare.”

“Treat your men as you would your own beloved sons. And they will follow you into the deepest valley.”

These were some of our top picked Art Of War Quotes, keep following The Quotepedia for more wonderful and motivational quotes

Related quotes:  75+ Inspirational Quotes About Life And Struggle For Success

Rick and Morty is created by Justin Roiland and Dan Harmon for Cartoon Network's late-night programming block Adult Swim and...