The Declaration of Independence was formally adopted on 4th of July by Continental Congress and it has been written largely by Jefferson. Actual voting took place on 2nd July but 4th became the day that was celebrated as the birth of American independence. It was announced by the Continental Congress that the thirteen American colonies were no longer subject to the sovereign of Britain and were now united, free, and independent states.
In the United States Independence Day is celebrated by parades, fireworks, carnivals, fairs, barbecues, picnics, family reunions, concerts, baseball games, political speeches, and ceremonies. Various other public and private events celebrate the history and traditions of the United States. Independence Day is the national day of the United States.
Committee of Five prepared a statement explaining the declaration of Independence, in that committee Thomas Jefferson was principal author. From 2nd July to 4th July Congress debated and revised the wording of the Declaration and finally approved it two days later on July 4.
Adams’s prediction was off by two days. Americans celebrated independence on July 4 although on 2nd July the resolution of independence was approved in a closed congress session.
There is an aphorism about the 4th of july which we can say as 4th July Quotes.
Down there are Best 4th July Quotes which will remind you of Independence Day and will take you back to 1776. The quotes will make you feel patriotism and enthusiasm about Independence Day.

“America is a tune. It must be sung together.” 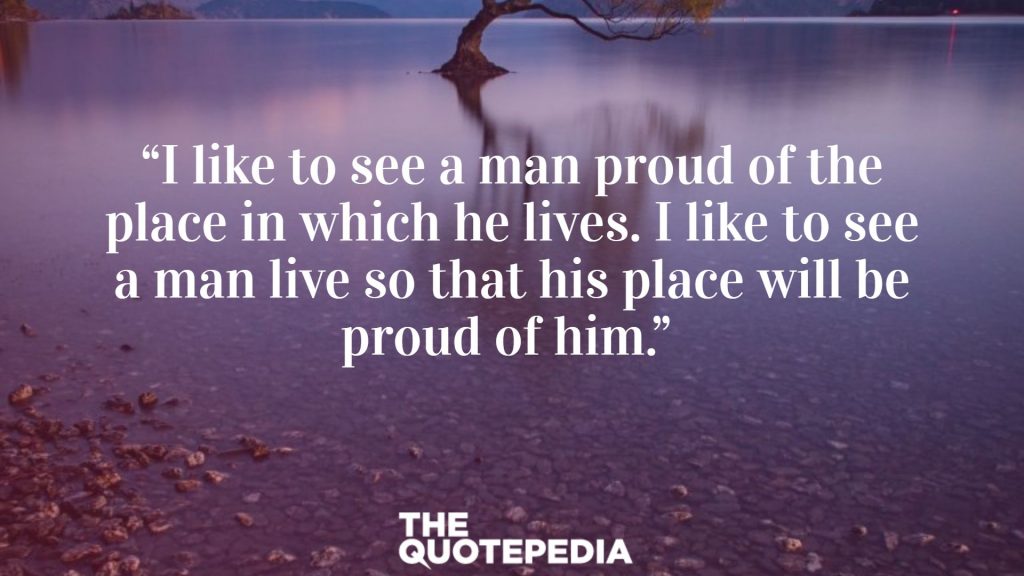 “Where liberty dwells, there is my country.”

“My favorite thing about the United States? Lots of Americans, one America.”

“Give me liberty or give me death!”

“We hold our heads high, despite the price we have paid, because freedom is priceless.” 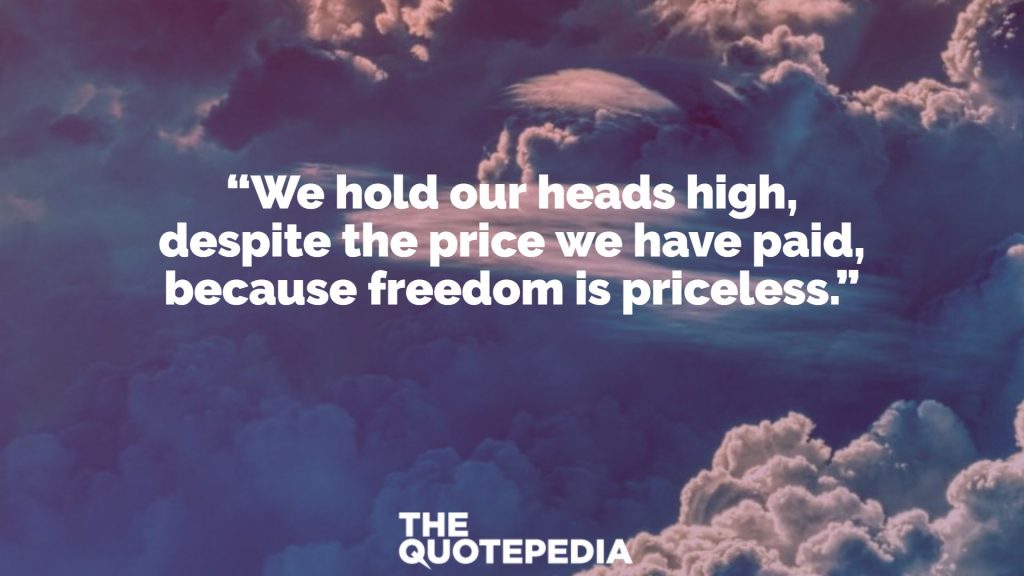 “Our country is not the only thing to which we owe our allegiance. It is also owed to justice and to humanity. Patriotism consists not in waving the flag, but in striving that our country shall be righteous as well as strong.”

“Freedom is the atmosphere in which humanity thrives. Breathe it in.”

“Independence means.. enjoying freedom and empowering others too to let them do so.”

“Those who expect to reap the blessings of freedom, must, like men, undergo the fatigue of supporting it.”

“This nation will remain the land of the free only so long as it is the home of the brave.”

“Liberty is the breath of life to nations.” 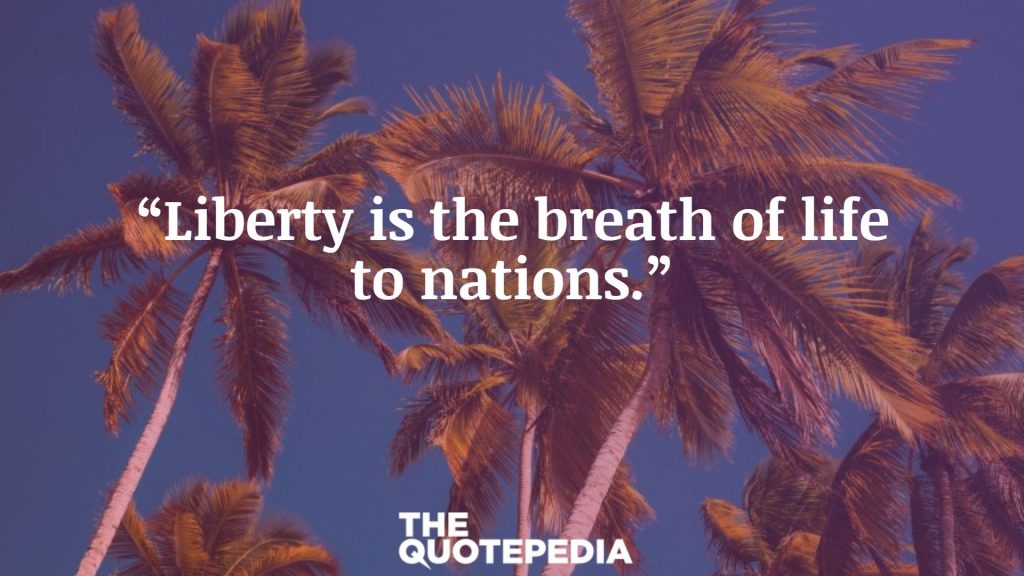 “Then join hand in hand, brave Americans all! By uniting we stand, by dividing we fall.”

“Liberty is always dangerous, but it is the safest thing we have.”

“Liberty means responsibility. That is why most men dread it.”

“For to be free is not merely to cast off one’s chains, but to live in a way that respects and enhances the freedom of others.”

“This nation will remain the land of the free only so long as it is the home of the brave.”

“Freedom lies in being bold.”

“As Mankind becomes more liberal, they will be more apt to allow that all those who conduct themselves as worthy members of the community are equally entitled to the protections of civil government. I hope to see America among the foremost nations of justice and liberality.”

“In the truest sense, freedom cannot be bestowed; it must be achieved.”

“The advancement and diffusion of knowledge is the only guardian of true liberty.”

“The truth will set you free, but first it will piss you off.”

“It’s Fourth of July weekend, or, as I call it, Exploding Christmas.”

“America’s a family. We all yell at each other, and it all works out.”

“My father described this tall lady who stands in the middle of the New York harbour, holding a torch to welcome people seeking freedom in America. I instantly fell in love.”

“Let’s not forget why we celebrate 4th of July, it is the day Will Smith saved us from the aliens.”

“Happy 4th of July! Drink until you see stars… and stripes!”

“The United States is the only country with a known birthday.”

“Humanity has won its battle. Liberty now has a country.”

“Better to die fighting for freedom then be a prisoner all the days of your life.”

“Freedom lies in being bold.”

“Those who expect to reap the blessings of freedom, must, like men, undergo the fatigues of supporting it.”

“If our Founding Fathers wanted us to care about the rest of the world, they wouldn’t have declared their independence from it.”

“For to be free is not merely to cast off one’s chains, but to live in a way that respects and enhances the freedom of others.”

These were some of our top picked 4th Of July Quotes, keep following The Quotepedia for more wonderful and motivational quotes

Bill Gates was born October 28, 1955. He is an American businessman, software developer and investor. Everybody knows much about...