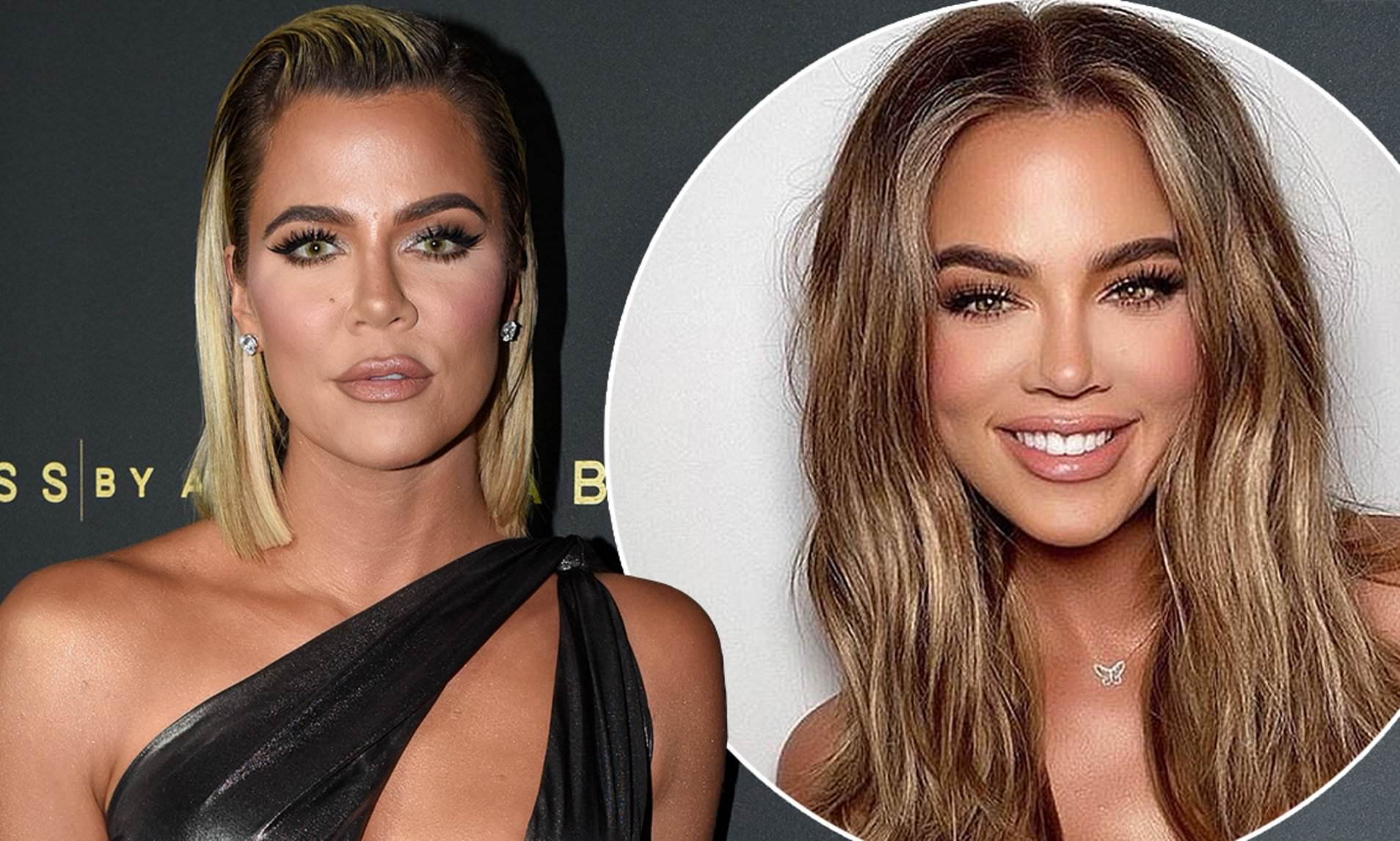 What comes to your mind when you think of our gorgeous blonde Khloe Kardashian? The 36-year-old first gained public attention through Keeping Up With The Kardashians (KUWTK). Khloe now holds her popularity through the much-celebrated brand Good American, which ventures into denim and activewear. But can this be all to a name that ends with Kardashian? Of course not, so here we’re going to talk about what made Khloe the Khloe she is today, her early life before fame, her family, her relationships, her business, and most importantly, Khloe Kardashian net worth.

Who is Khloe Kardashian?

Khloe, the youngest of the Kardashian sisters and the middle child in the Kardashian-Jenner family, isn’t very far behind her sister Kim Kardashian, the third richest KUWTK. Kardashian is earning more than her elder sister Kourtney Kardashian. Her current ventures into the fashion world and retail have helped her earn quite a number lately and give us an impressive sum to the Khloe Kardashian net worth.

Our gorgeous blonde has always looked different in her family among her sisters and has always received some hate for it. But it also acted to her advantage and often set her apart to steal the limelight.

The Kardashian family gained popularity after Kim K Superstar (a sex tape between Kim Kardashian and her then-boyfriend Ray J). It helped pave the way for KUWTK.

Khloe owes her initial fame to KUWTK. The success of it benefitted Khloe, and it led to its’ popular spin-offs Kourtney and Khloe Take Miami from 2009 to 2013 and Kourtney and Khloe Take The Hamptons from 2014 to 2015. She had her own reality television series with her then-husband (now ex-husband) Lamar Odom, called Khloe and Lamar (2011-2012).

Khloe participated in season 2 of The Celebrity Apprentice in the year 2009. She co-hosted The X Factor (US adaptation) with Mario Lopez in 2012.

Along with her Kourtney and Kim, she released a book called Kardashian Konfidential in 2010. The Kardashian sisters have launched several fragrances and popular clothing lines that have befitted each other.

Khloe has her own fitness series called Revenge Body with Khloe Kardashian on E! Two people are featured here on each episode where with the help of trainers and stylists, they attain a “major transformation inside out.” In 2016, Khloe hosted her talk show called Kocktails with Khloe.

Khloe, also known as Khloe Alexandra Kardashian, was born to her mother Kris Kardashian and father, Robert Kardashian. She was born on June 27, 1984, in Los Angeles. Her mother was a housewife, and her father an attorney.

Khloe is the youngest among the Kardashian sisters. She has a younger brother called Rob. Kris, Khloe’s mother, has Dutch, Scottish, Irish, and English lines of descent, while Robert, her father, was an Armenian-American.

Kardashian’s parents got divorced in 1991, and her mother married athlete Bruce Jenner. Khloe got Kendall and Kylie, her half-sisters, step-sister Casey, and Burton, Brandon, and Brody through that marriage. Her family first gained public attention in 1994 when her father was a defense attorney for O.J. Simpson’s murder trial.

Khloe changed multiple schools when she was young. She went to Bel Air Prep, then Saint Martin of Tours School, after which she attended Daniel Webster Middle School, followed by A.E. Wright Middle School and finally Montclair Prep.

When a teenager, she attended a school in Los Angeles called Marymount High School. It was an all-girls Catholic school. After her sisters graduated there, she left there and attended Alexandria Academy as she felt lonely there and felt like she had no reason to stay. She graduated at 17 with honors.

Before she became popular on KUWTK, she worked as Nicole Richie’s assistant.

In 2007 Khloe with her family starred in KUWTK. The popularity of the series led to its popular spin-offs, but Khloe reaped its benefits when she was able to make money by endorsing goods. Some of these products, contributing to the Khloe Kardashian net worth, included waist slimming bottoms, cosmetics, and Coca-Cola. She was paid $75,000 for each post on her social media handles as of 2016.

Related quotes:  Never Have I Ever Questions for Couples for Ultimate Bonding Time

In the year 2009, in April, Khloe and Kourtney had announced that they had signed a contract to play their parts in a KUWTK spin-off that would cover them launching their D-A-S-H store in Miami, Florida. Kourtney. Khloe Take Miami was launched on E! on August 16, 2009.

Starting May 29, 2009, Khloe joined as a co-host with Terrence Jenkins (106 & Park’s) at Top WHYI in Miami for a weekly talk program. She made a small appearance in season 3 of 90210. She also made appearances in a few Kourtney and Kim Take New York episodes that debuted in January 2011.

Khloe had finished 10th in the second season of The Celebrity Apprentice after being fired by Donald Trump for being arrested for driving under the influence (DUI).

In 2009, Khloe and her sisters collaborated to create Idol White, a teeth whitening pen, in partnership with the Natural Products Association. She made an appearance at PETA’s “I’d Rather Go Naked Than Wear Fur” drives.

In February 2011, Khloe launched a unisex fragrance with her husband called “Unbreakable.”

Khloe, Kourtney, and Kim announced the launch of their first novel in May in the year 2011. The sisters announced that they needed help naming the novel and promised the winner a small appearance in the novel in return. It was named Dollhouse in July 2011.

Khloe had a radio show to her name, which aired on January 30th, 2012, called The Mix Up With Khloe Kardashian Odom. It was an hour-long show where she would take requests for talking with her celeb friends. She made an appearance on MTV’s Punk’d with Mikey Cyrus and Kelly Osbourne in February 2012.

The popular spin-off, Kourtney and Khloe Take The Hamptons released on E! followed by Khloe and her sister relocating to The Hamptons. In 2015 Khloe published a book called Strong Looks Better Naked.

Kocktails with Khloe, hosted in January 2016 by Khloe, aired on FYI but unfortunately got canceled after 14 episodes.

Khloe partnered with Emma Grede and came up with Good American. Good American started selling jeans from waist 00 to 24 and then later on expanded to do maternity wear, work out clothes, and dresses. Khloe owes a big chunk of her yearly salary to Good American, which keeps contributing to the Khloe Kardashian net worth.

In August 2019, Khloe announced that she would become the executive producer for Twisted Sisters, an Investigation Discovery show on sisters who turned on each other.

Khloe partnered with her sisters in November 2019 to create Pink Diamond, her fragrance for KKW Beauty, Kim’s brand.

In October this year, she became the brand ambassador and co-owner of Kiwi, a collagen supplement company. All of Khloe’s career ventures kept adding to the Khloe Kardashian net worth.

Ups and Downs in Life

On March 4, 2007, Khloe was arrested for a DUI. In July 2018, she reported to jail to serve time for violation of probation. She was given a 30-day sentence and was enrolled in an alcohol treatment program within three weeks of being released.

Related quotes:  Never Have I Ever Adults Questions for Intimate Discussions

In 2001 Kardashian went through a severe car accident and suffered a traumatic brain injury. Kardashian suffers from terrible migraines since childhood and is the spokesperson for Nurtec ODT, a migraine pharmaceutical.

A woman sued Khloe in December 2011 who had claimed she had assaulted her.

In October 2020, Khloe claimed on social media that she was suffering from COVID.

She married basketball player Lamar Odom in September 2009. They ended their marriage and filed for divorce in December 2013. However, Khloe had to withdraw the divorce to take medical resolutions on his behalf after Odom was hospitalized, unconscious in a brothel in Nevada. They officially separated in 2016 in December.

Khloe has a two-year-old daughter True with Tristan Thompson. However, Tristan confessed to cheating on her while she was pregnant, and they split in 2019 in February.

Her annual salary was a guaranteed $3.5 million in the years after KUWTK. From K-Dash on QVC, Kardashian Kollection for Sears, and her other endorsements, she earned $5 million.

As per the National enquirer, her salary at X-Factor was estimated to be $1 million.

Khloe makes a small fortune from having her face on campaigns, like Calvin Klein, Amazon, weight loss shakes, apart from social media endorsements. She currently has a following of 125M on Instagram and earns massively from endorsing Sears, Nail Polish, and QuickTrim, to name a few brands. Her earnings on Instagram are an estimated $250,000 per sponsored post.

According to Forbes, she had made $15 million in 2016. Amazon even sponsored Khloe’s baby shower when she was pregnant with True.

Khloe was sued in a $5 million lawsuit of a class action against QuickTrim on misleading marketing allegations with her sisters.

On the first day of launch, Good American had earned $1 million in itself. Kardashian earns $4.5 million per season of KUWTK. As an executive producer, her pay should be higher, and it is contemplated that it will be so in the next coming seasons.

After Khloe’s marriage to Lamar Odom ended, she bought Justin Bieber’s house, which stands on 1.4 acres of land, for $7.2 million. The house has six bedrooms and seven bathrooms. The house was also previously owned by comedian Eddie Murphy, who bought the house for his ex-wife Nicole. Following her sister Kim’s footsteps with real estate, she put the 11,000 square foot home under extensive renovation and put it out for sale in the market a bit below $19 million in May 2020.

Our gorgeous blonde 5ft 9 inches, American media personality, producer, socialite, and businesswoman, Khloe Kardashian has earned quite a name for herself among people. She has been quoted saying, “I’ve learned in order for good things to come your way, you need to believe you deserve them.”

Well, deserve she did, and good things did come her way, and the best thing that came her way, which we think even Khloe herself would agree on, is her adorable daughter True. Khloe Kardashian remains one of the most influential personalities. She has inspired millions of women from her weight loss journey. She said that when she started on her weight loss journey, she was going through a really tough time owing to tabloids claiming she had fake body parts. Over the years, she commands an impressive Khloe Kardashian net worth, but we’d be a fool to believe that’s all there is to our gorgeous blonde.