Neil DeGrasse Tyson was born on October 5 1958 and is an American astrophysicist, cosmologist, author, and science communicator. He is the director of the Hayden Planetarium at the Rose Center for Earth and Space in New York City. He has written a number of books from which death by black hole and astrophysics people in a hurry. He is one of the best astrophysicists and scientists who has done tremendous work in the field of aerospace. He served government commission for the betterment of US aerospace and for this he was awarded by NASA distinguished public service medal for his contribution.
He has a strong view of spirituality and social justice. He strongly feels that how much we explore space we should never forget about the earth as this is our planet and we have got everything from this planet, we should be thankful for everything we got from this planet. He firmly believes that science and arts co-exist, they both go hand in hand, and if one doesn’t exist than others will also not be able to exist.
We have listed foremost Neil DeGrasse Tyson Quotes to explore the world ahead of our imagination. So enjoy Neil DeGrasse Tyson Quotes and imagine ahead from your mind and look for the nostalgic space.

“If Pizza sizes were given in area not diameter, you’d see instantly that a 7 inch is less than half the size of a 10 inch pie.”

“According to the song, Rudolph’s nose is shiny, which means it reflects rather than emits light. Useless for navigating fog.”

“The most boring constellation: Triangulum Australis. A profound lack of imagination – any 3 stars in the sky makes a triangle”

“Roman Numerals have no zero because it was not yet invented, allowing year 2000 to be written efficiently as MM.”

“Slowest pitch in Baseball to reach catcher? 30mph, thrown at 45-deg angle. Any slower at any other angle hits ground.” 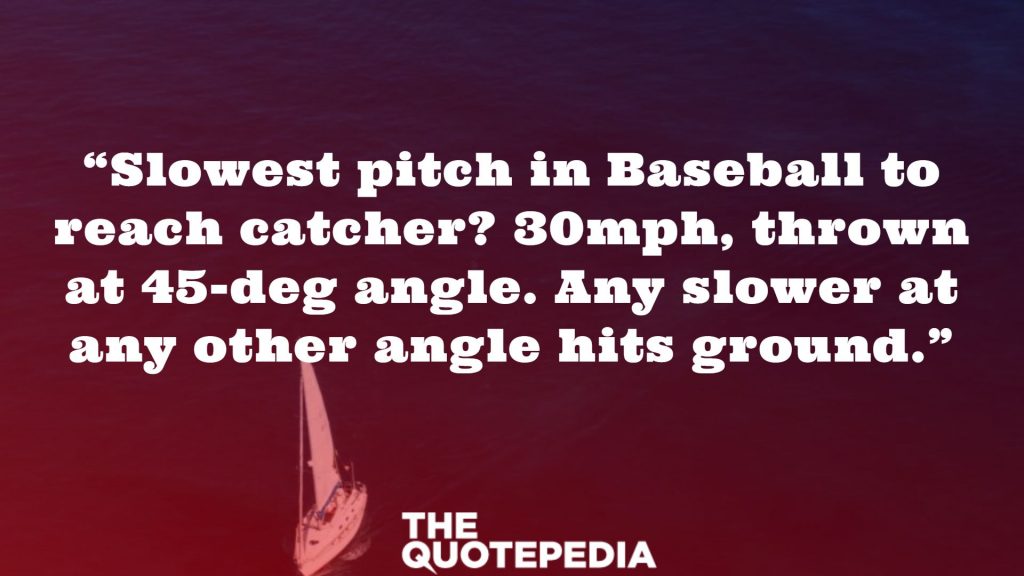 “With automatic spell checkers running unleashed over what we compose, our era is that of correctly spelled typos.”

“If each dead person became a ghost, there’d be more than 100-billion of them haunting us all. Creepy, but cool.”

“More evidence my 14yr old daughter is a Geek: after prompting me to ask if she knew any jokes about sodium, she replied, “Na”.”

“If you removed all the arteries, veins, & capillaries from a person’s body, and tied them end-to-end…the person will die.”

“In my NCAAwrestling days I dreamt of a hold I called the “Double Tidal Lock” inspired by Earth-Moon physics.”

“Curiously, light-loving GREEN plants reject the Sun’s GREEN light, reflecting it back at you, which is why they look GREEN.”

“If gridiron were a timeline, w/ Big Bang at one goal, then cavemen to now spans thickness of single turf-blade at other goal.”

“Next time you’re stunned by large Moon on horizon, bend over and view it between your legs. The effect goes away entirely.”

“For me, I am driven by two main philosophies: know more today about the world than I knew yesterday and lessen the suffering of others. You’d be surprised how far that gets you.”

“Kids should be allowed to break stuff more often. That’s a consequence of exploration. Exploration is what you do when you don’t know what you’re doing.”

“The only way you can invent tomorrow is if you break out of the enclosure that the school system has provided for you by the exams written by people who are trained in another generation.”

“The universe is almost 14 billion years old, and, wow! Life had no problem starting here on Earth! I think it would be inexcusably egocentric of us to suggest that we’re alone in the universe.”

“Passion is what gets you through the hardest times that might otherwise make strong men weak, or make you give up.”

“Humans aren’t as good as we should be in our capacity to empathize with feelings and thoughts of others, be they humans or other animals on Earth. So maybe part of our formal education should be training in empathy. Imagine how different the world would be if, in fact, that were reading, writing, arithmetic, empathy.”

“Even with all our technology and the inventions that make modern life so much easier than it once was, it takes just one big natural disaster to wipe all that away and remind us that, here on Earth, we’re still at the mercy of nature.”

“Those who see the cosmic perspective as a depressing outlook, they really need to reassess how they think about the world. Because when I look up in the universe, I know I’m small but I’m also big. I’m big because I’m connected to the universe, and the universe is connected to me.”

“Not only are we in the universe, the universe is in us. I don’t know of any deeper spiritual feeling than what that brings upon me.”

“Do you realize that if you fall into a black hole, you will see the entire future of the universe unfold in front of you in a matter of moments and you will emerge into another space-time created by the singularity of the black hole you just fell into?”

“The good thing about science is that it’s true whether or not you believe in it.”

“I have a personal philosophy in life: If somebody else can do something that I’m doing, they should do it. And what I want to do is find things that would represent a unique contribution to the world — the contribution that only I, and my portfolio of talents, can make happen. Those are my priorities in life.”

“We spend the first year of a child’s life teaching it to walk and talk and the rest of its life to shut up and sit down. There’s something wrong there.”

“Everyone should have their mind blown once a day.”

“By burning coal, oil and gas, our civilization is exhaling carbon dioxide much faster than Earth can absorb it. So, CO2 is building up in the atmosphere. The planet is heating up.”

“Why is Venus scorching hot? It’s because…the flow of energy is blocked by a dense atmosphere of carbon dioxide….Venus is in the grip of a runaway greenhouse effect.”

“I could be thousands of miles away, and yet, when you turn on whatever device is bringing my image and voice to you, I’m there. Instantaneously. How is that possible?….It all began in the mind of one person….This is the story of how we learned to make electrons do our bidding.”

“Congratulations. You’re alive. There’s an unbroken thread that stretches across more than three billion years that connects us to the first life that ever touched this world. Think of how tough, resourceful and lucky all of our countless ancestors must have been to survive long enough to pass on the message of life to the next and the next and the next generation, hundreds of millions of times before it came to us….Each of us is a runner in the longest and most dangerous relay race there ever was, and at this moment, we hold the baton in our hands.”

“Few animals larger than a hundred pounds survived the catastrophes of the late Cretaceous. The dust cloud brought night and cold to the surface for months. The dinosaurs froze and starved to death. But there were small creatures who took shelter in the Earth. And when they emerged they found that the monsters who had hunted and terrorized them were gone. The Earth was becoming the Planet of the Mammals. And the Earth continued its ceaseless changing.”

“Two-thirds of the Earth lies beneath more than 1,000 feet of water. It’s a vast and largely unexplored frontier….This is the longest submarine mountain range in the world, the Atlantic Mid-Ocean Ridge. It wraps around our globe like the seam on a baseball. The past is another planet, but most of us don’t really know this one.”

“Nothing lasts forever; even the stars die.”

“There are many kinds of stars. Some are bright like the Sun. Some are dim. The greatest stars are ten million times larger than the smallest ones. Some stars are old beyond imagining, more than ten billion years of age. Others are being born right now. When atoms fuse in the hearts of stars, they make starlight. Stars are born in litters, formed from the gas and dust of interstellar clouds.”

“For thousands of generations we watched the stars as if our lives depended on it, because they did….[O]ur ancestors noticed that the motions of the stars across the nights of the year foretold changes on Earth that threatened or enhanced our chances for survival.”

“There are more atoms in your eye than there are stars in all the galaxies in the known universe.”

“The age and size of the cosmos are written in light. The nature of beauty and the substance of the stars, the laws of space and time they were there all along, but we never saw them until we devised a more powerful way of seeing.”

“Using nothing more than Newton’s laws of gravitation, we astronomers can confidently predict that several billion years from now our home galaxy—the Milky Way—will merge with our neighboring galaxy—Andromeda…Any life on the worlds of that far off future…would be treated to an amazing billion-year-long light show; a dance of a half a trillion stars, to music first heard on one little world, by a man who had but one true friend.”

“Science works on the frontier between knowledge and ignorance. We’re not afraid to admit what we don’t know. There’s no shame in that. The only shame is to pretend that we have all the answers.”

“The Theory of Evolution, like the Theory of Gravity, is a scientific fact. Evolution really happened. Accepting our kinship with all life on Earth is not only solid science, in my view, it’s also a soaring spiritual experience.”

“If life has a sanctuary, it’s here in the nucleus, which contains our DNA—the ancient scripture of our genetic code. And it’s written in a language that all life can read.”

“I look forward to the day when the solar system becomes our collective backyard—explored not only with robots, but with the mind, body, and soul of our species.”

These were some of our top picked Neil DeGrasse Tyson Quotes, keep following The Quotepedia for more wonderful and motivational quotes

65+ Quotes About Moving On And To See Life Optimistically

Moving on to the worst phase of anyone’s life, the time when everything seems to fall apart and we can’t...