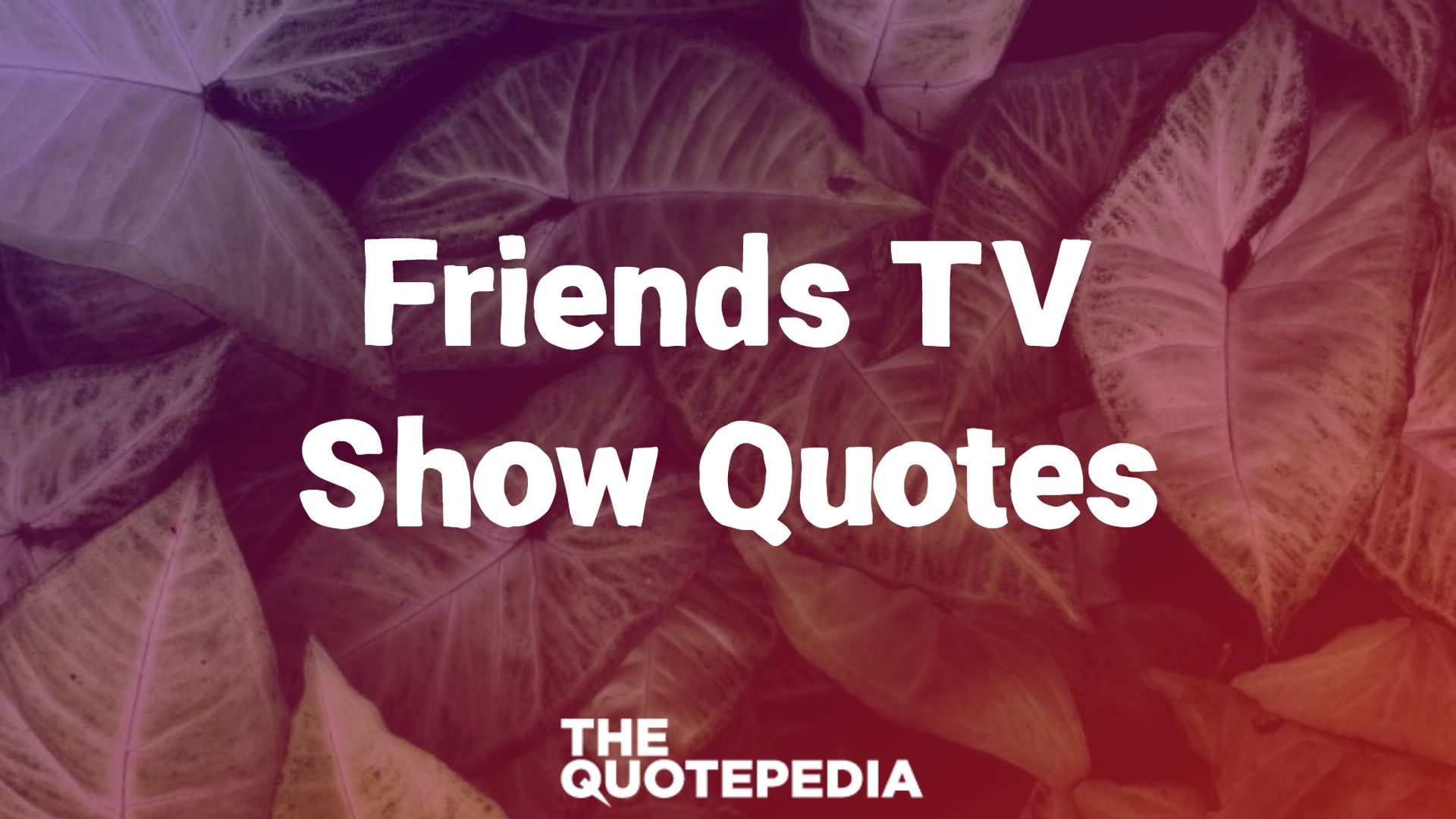 Friends is a television show in America which started in the year 1994 and ended in the year 2004. It consists of 10 seasons and 236 episodes. The story revolves around 6 friends of mid-20s and 30s who live in Manhattan, New York. These six friends go through several experiences such as love, divorce, children, heartbreaks, jobs and they go through all this all together.
These TV series are one of the overrated series in the world and every youngster has loved this series. Most of the person knows the specific scene or dialogue identically, this shows how much this series has rocked. Many people have learned things from this show;
1. Live like no one is watching: Dance, run and do whatever you love like no one is watching, do whatever the hell you want to do just do ethical things, never feel ashamed that someone is watching.
2. Keep it real: Be real with everyone, say whatever you feel about other people on his face rather than speaking behind their back, this will show your dignity and rawness.
3. Everyone has different opinions: Everyone has different opinions about things and that’s fine because some opinion of someone doesn’t define who you’re, so do keep doing your thing by ignoring the opinions.
4. Take a risk: Don’t be afraid to take a risk, because unless and until you won’t take risks, you won’t get your success.
This show has some hilarious and wise sayings, we have listed best Friends TV Show Quotes for you, enjoy them and laugh hard.

Rachel: “I’m not someone who goes after a guy five minutes after he’s divorced.”
Monica: “No, you go after them five minutes before they get married.”

“Marriage. It’s not for everybody.”

“Damn all the jellyfish!”

“I needed a plan, a plan to get over my man. And what’s opposite of man? Jam.” 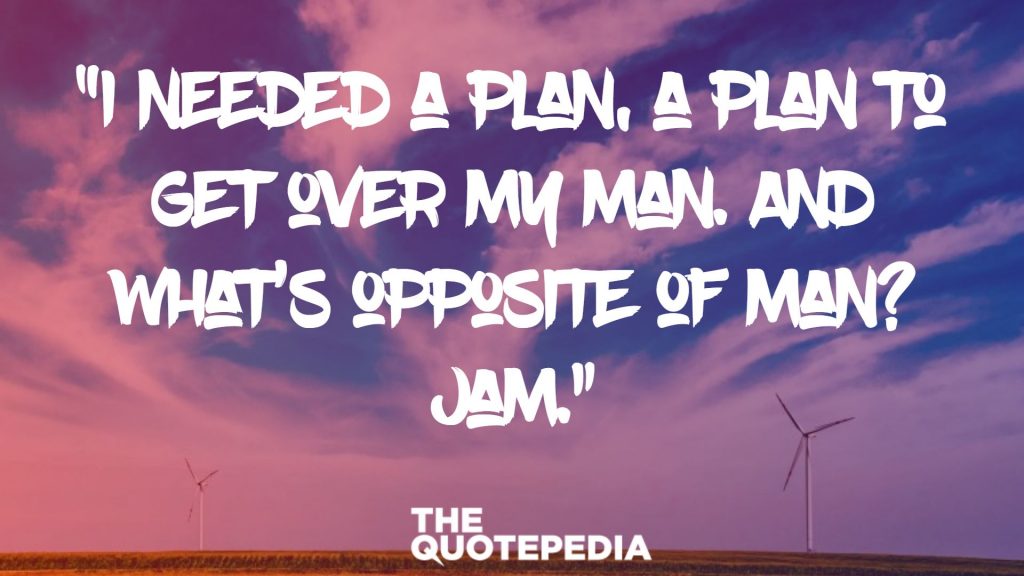 On Ross’ white suit: “I like it even better on you than on Colonel Sanders.”

“I got one. ‘Socks. Because your family’s feet deserve the best.’”

Monica: “I know of two surefire ways to shut a man up. And one of them is sex.”
Rachel: “What’s the other one?”
Monica: “I don’t know. I’ve never had to use the other one.”

Chandler: “Today is the 6th.”
Monica: “No.”
Chandler: “Yes. It’s also 2003.”
Monica: “That means I may be done ovulating! I may also have served some very questionable meat at the restaurant!”

Monica: “Still… it’s just such reckless spending.”
Ross: “I think when someone steals your credit card, they’ve kind of already thrown caution to the wind.”
Chandler: “Wow, what a geek. They spent $69.95 on a Wonder Mop.”
Monica: “That was me.”

Phoebe: “You name one woman that you broke up with for a real reason.”
Chandler: “Maureen Rosilla.”
Ross: “‘Cause she doesn’t hate Yanni” is not a real reason.”

Phoebe: Ross, why are you all hot and sweaty?
Ross: I just Bamboozled Chandler! …Which isn’t a sexual thing.

Ross: “Great! I’m across the street, having sex right now.”

Ross: “Y’know, We should probably ask the doctor if she even knows how to deliver a baby that’s half-human, half-pure evil!”

Ross: “I’m just going to wander around in the rain.”

Joey: “Ross, did you really read all these baby books?”

Ross: “Yup! You could plunk me down in the middle of any woman’s uterus, no compass, and I can find my way out of there like [snaps fingers] that.”

“Shame on you! Ugly baby judges you!”

Phoebe: “Have you ever chased someone to the airport before?”

Ross: “Not since my cop show got canceled.”

Phoebe: Hmm, nice. Manly, and also kind of a slut.

“They don’t know that we know they know we know.”

“Well, you all know that I am a pacifist, which means I am not interested in war — in any way. But when the revolution comes I will have to destroy you all; not you, Joey.”

“If you want to receive emails about my upcoming shows please give me money so I can buy a computer.”

Joey: “Could you close that window? My nipples could cut glass over here.”

Phoebe: “Really? Mine get me out of tickets.”

Phoebe: “I think the most romantic song is the one Elton John wrote for the guy from Who’s the Boss.”

Monica: “Which one is that?”

Phoebe: “Please, that’s the pervert motto. They have you raise your right hand, put your left hand in your pants and say that.”

Mike: Did you just hit my dad?

Mike: But, I mean, you have met humans before, right?

“Oh, are you setting Ross up with someone? Does she have a wedding dress?”

Rachel: “I broke up with you because I was mad at you, not because I stopped loving you.”

“To Monica and Chandler! And that knocked-up girl in Ohio!”

Rachel: “What? You sang to our baby daughter a song about a man who likes to have sex with women with giant asses?”

Ross: “Well… if you think about it, it actually promotes a healthy body image, because even women with big bottoms, or juicy doubles, can… [Sees how angry Rachel is] Please don’t take her away from me.”

These were some of our top picked Friends TV Show Quotes, keep following The Quotepedia for more wonderful and motivational quotes

Related quotes:  Motivational Quotes for Exams to Keep Your Focus