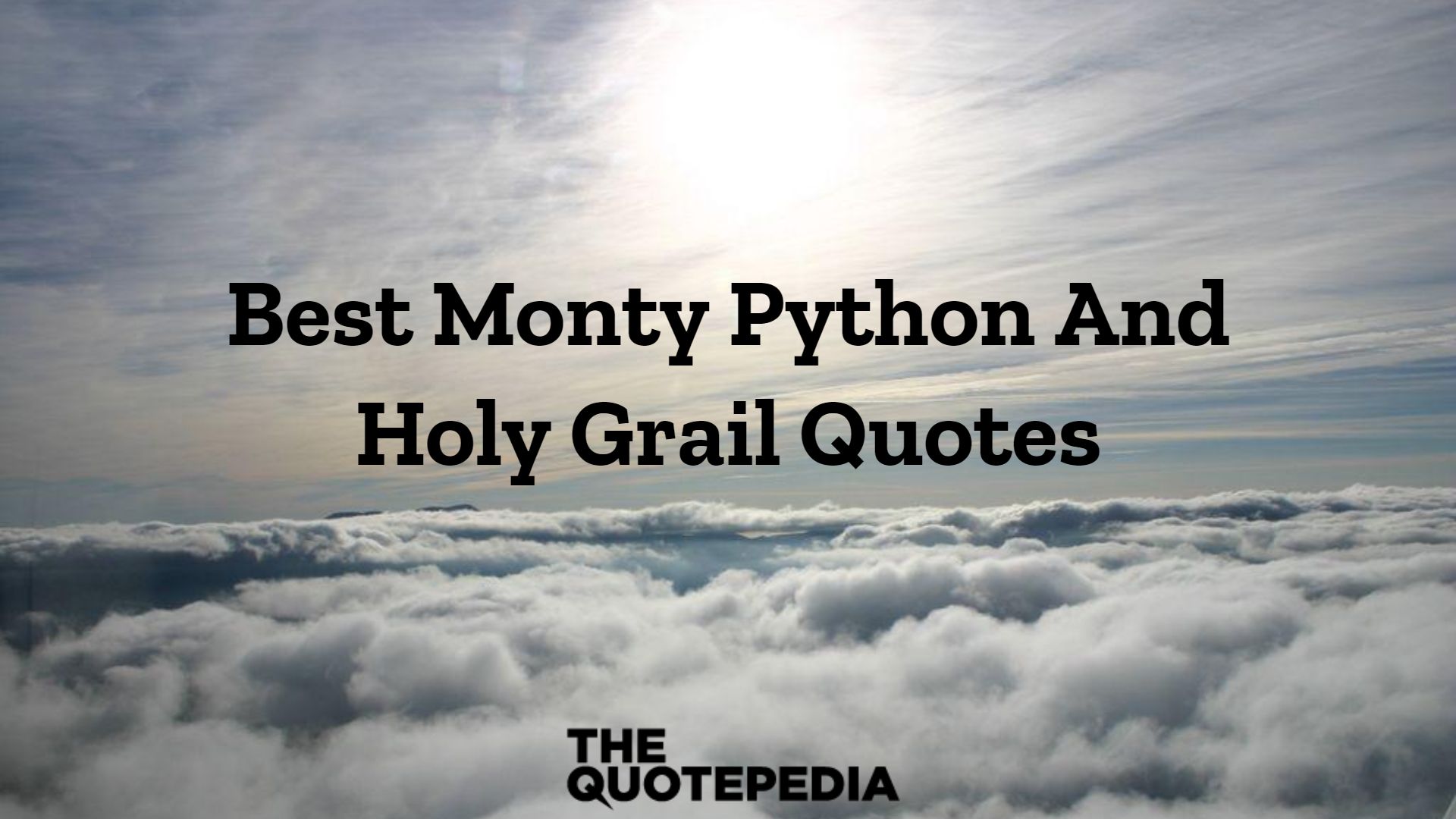 Monty Python And Holy Grail Is an British comedic film released in 1975.

The story revolves in England 932 A.D, the King Arthur accompanied by his trusty servant Patsy are seeking Knights to join his Round Table at Camelot. Arthur opposes two guards preoccupied with swallow and argues with a group of constitutional peasants he also challenges a Black Knight who comes apart at the seams and witnesses the outing of a witch before enrolling his first knight known as Bedevere the Wise. Rest other remaining knights follow Sir Galahad the Pure, Sir Lancelot the Brave, and the not-quite-so-brave Sir Robin. Avoiding the singing dancers of Camelot, God inspired Arthur and his Knights to do a quest together for the Holy Grail. The Bridge of Death takes the life of everyone and only Arthur and Bedivere reach the final loaf place of the Holy Grail, only to be curb by old adversaries.

Monty Python And Holy Grail Quotes are most sarcastic quotes which will make your low key day into a cheerful one.

So do enjoy the Best Monty Python And Holy Grail Quotes with a huge smile.

“O Knights of Ni, you are just and fair, and we will return with a shrubbery.” 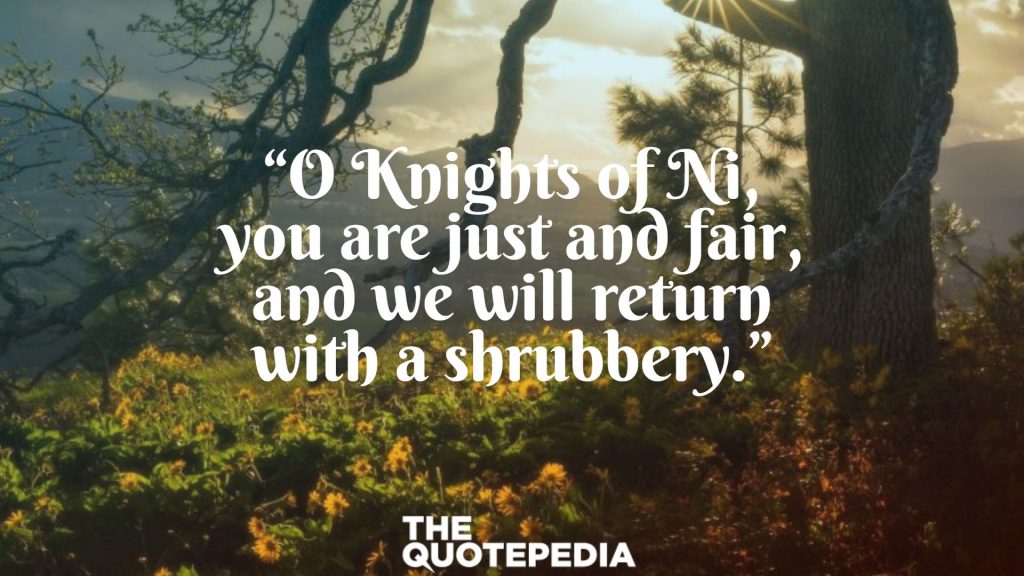 “Look, that rabbit’s got a vicious streak a mile wide! It’s a killer!” 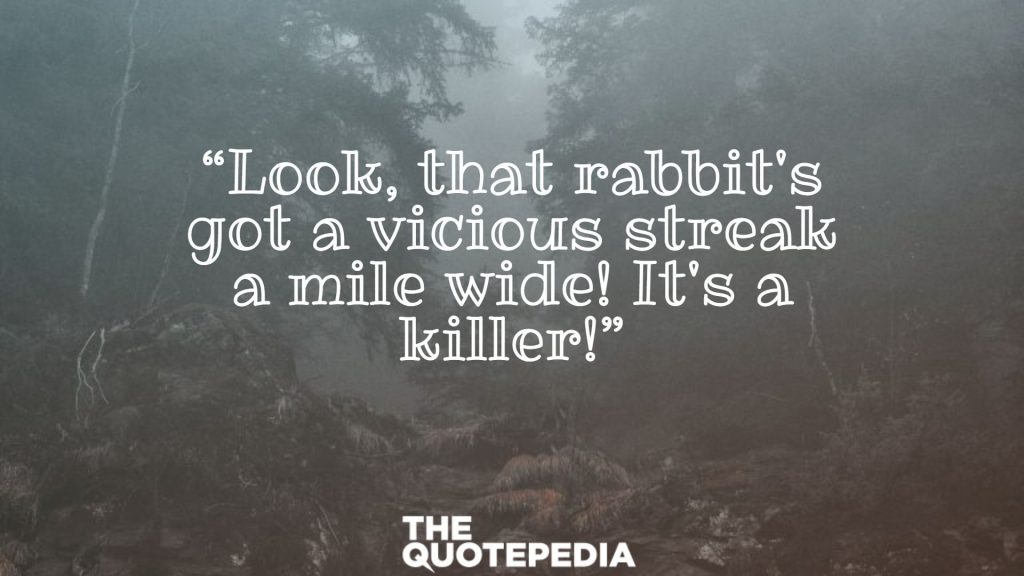 “You must cut down the mightiest tree in the forest… WITH… A HERRING!” 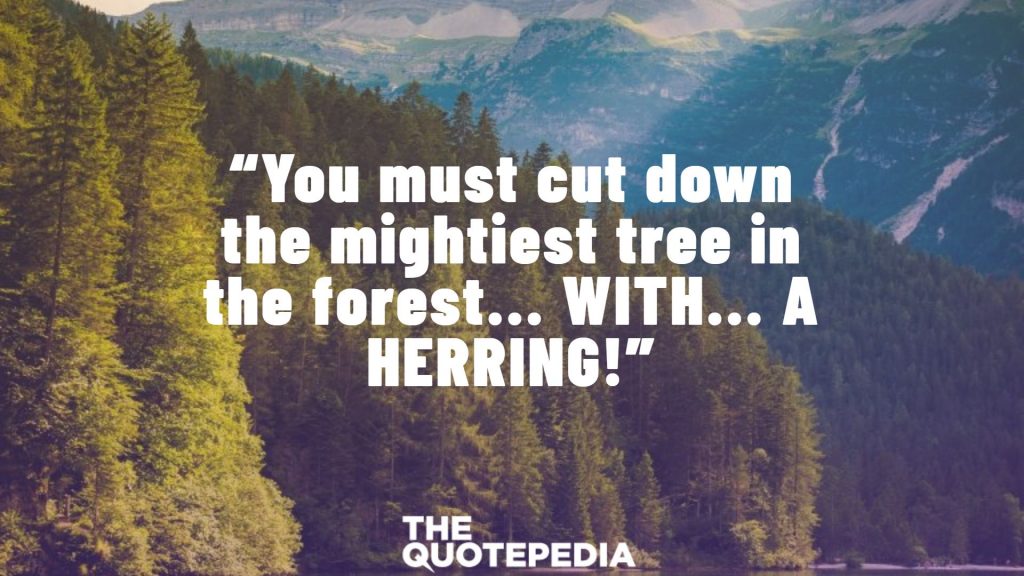 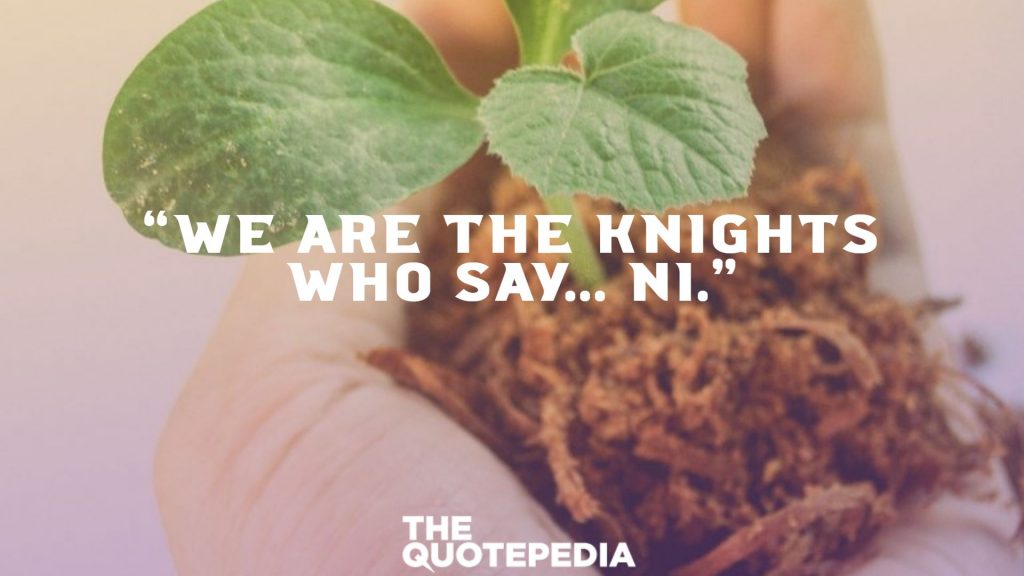 “What… is the air-speed velocity of an unladen swallow?” 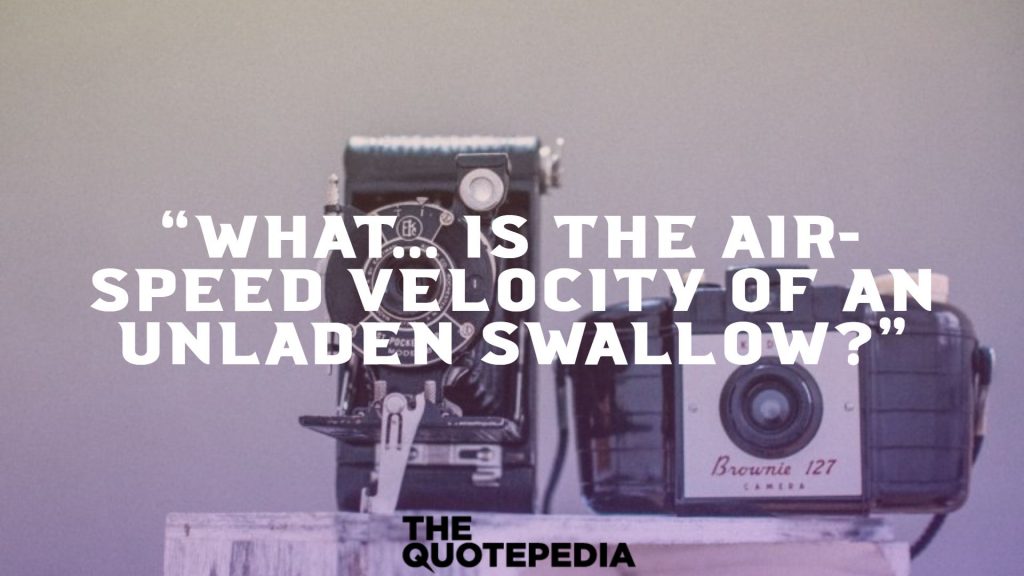 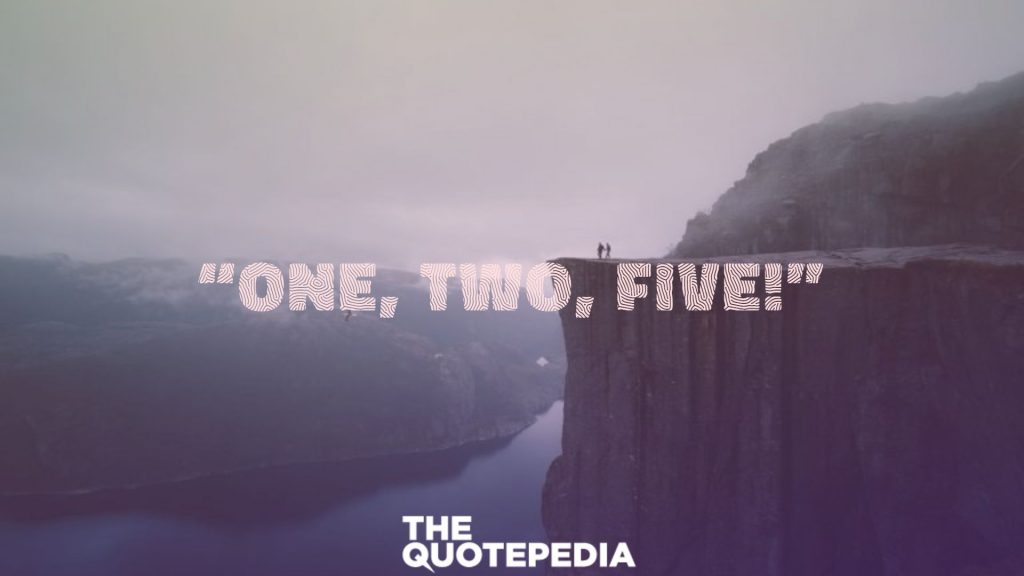 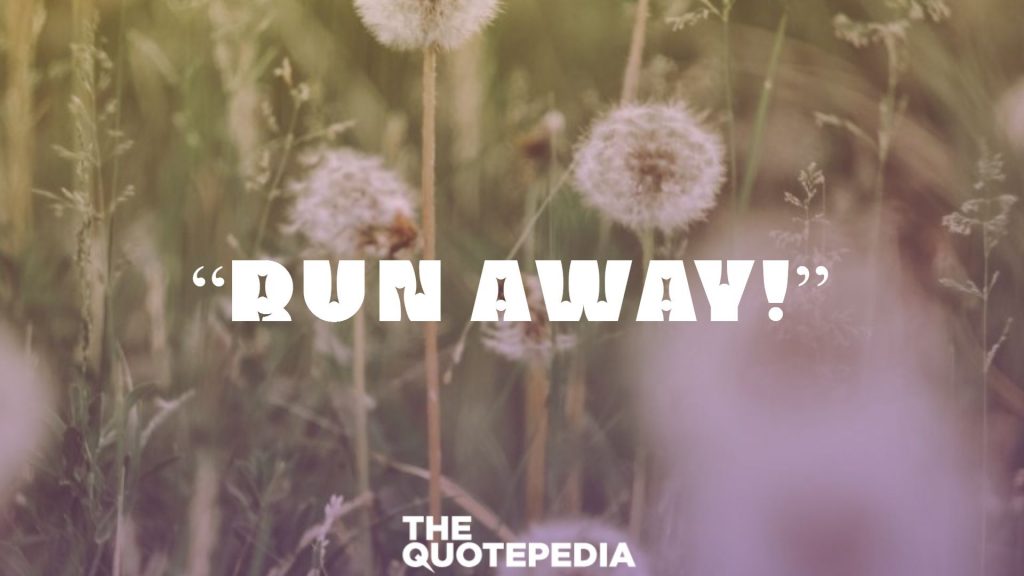 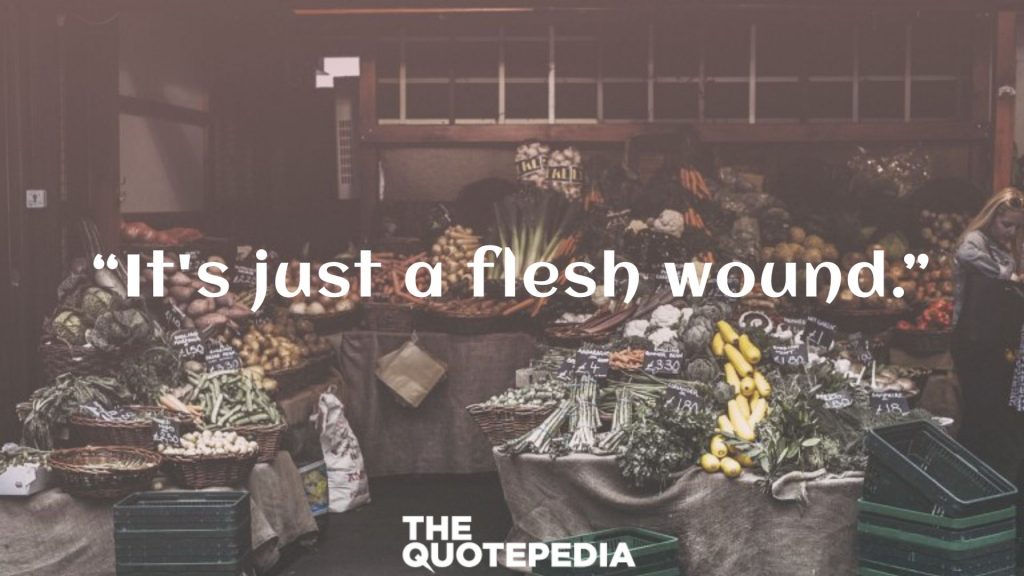 “I fart in your general direction. Your mother was a hamster and your father smelt of elderberries.” 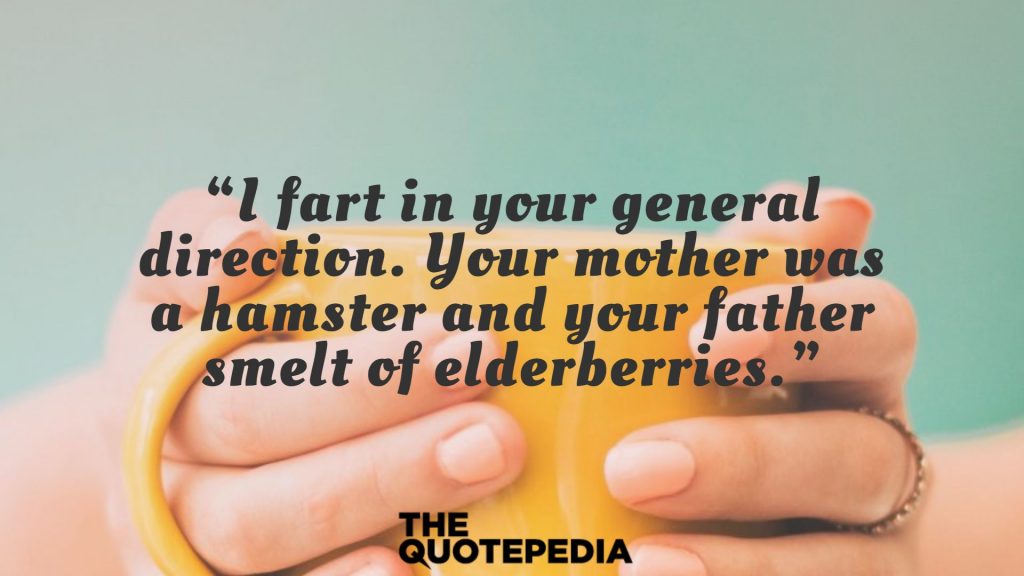 “Please! This is supposed to be a happy occasion. Let’s not bicker and argue over who killed who.” 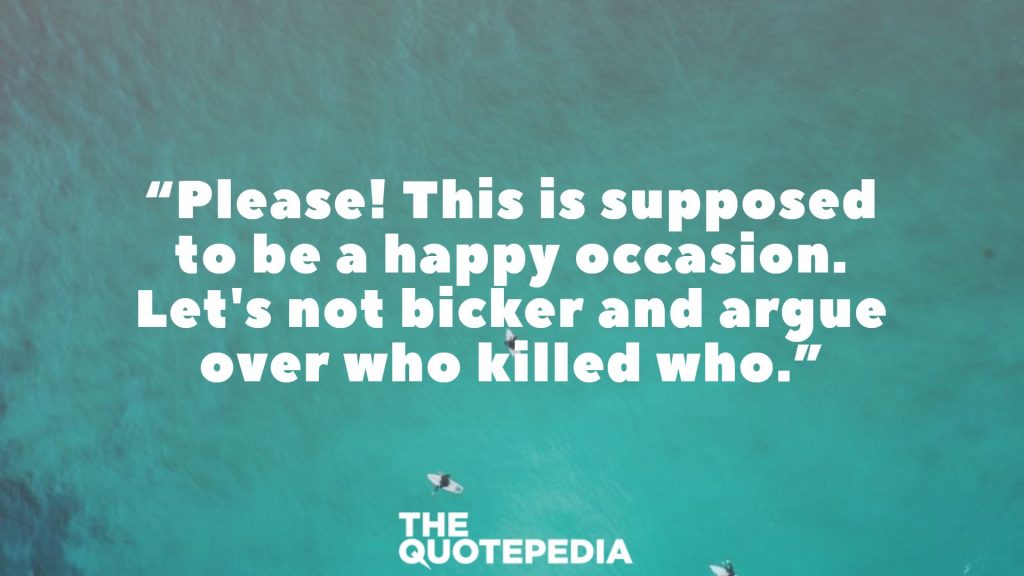 “Now go away or I will taunt you a second time.” 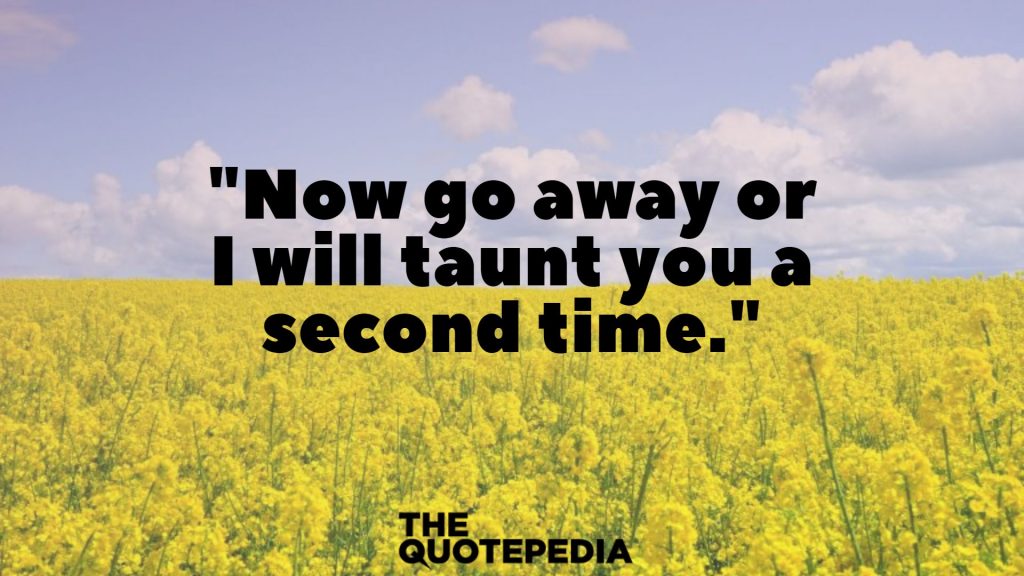 “Help, I’m being oppressed. Come and see the violence inherent in the system.” 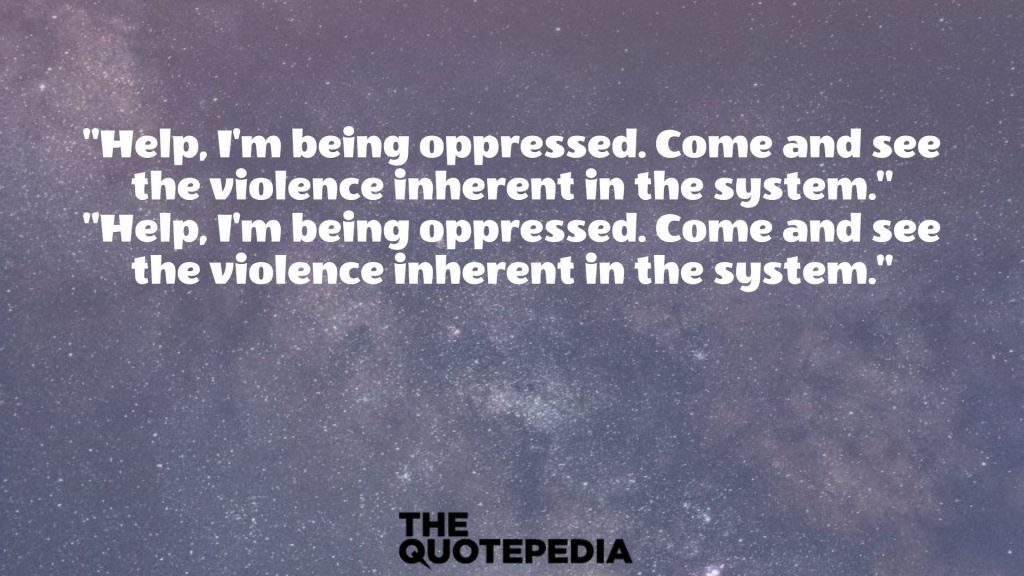 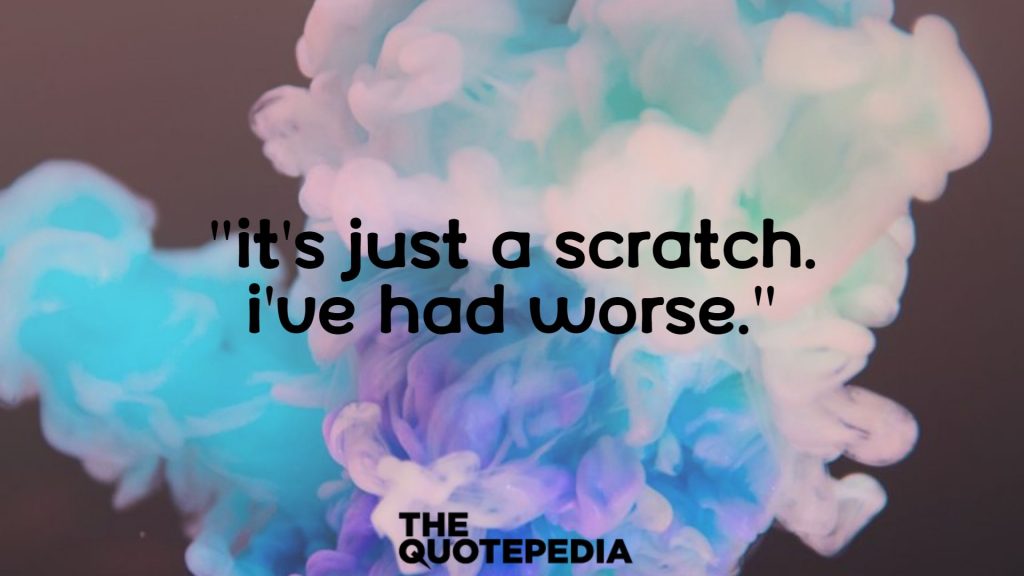 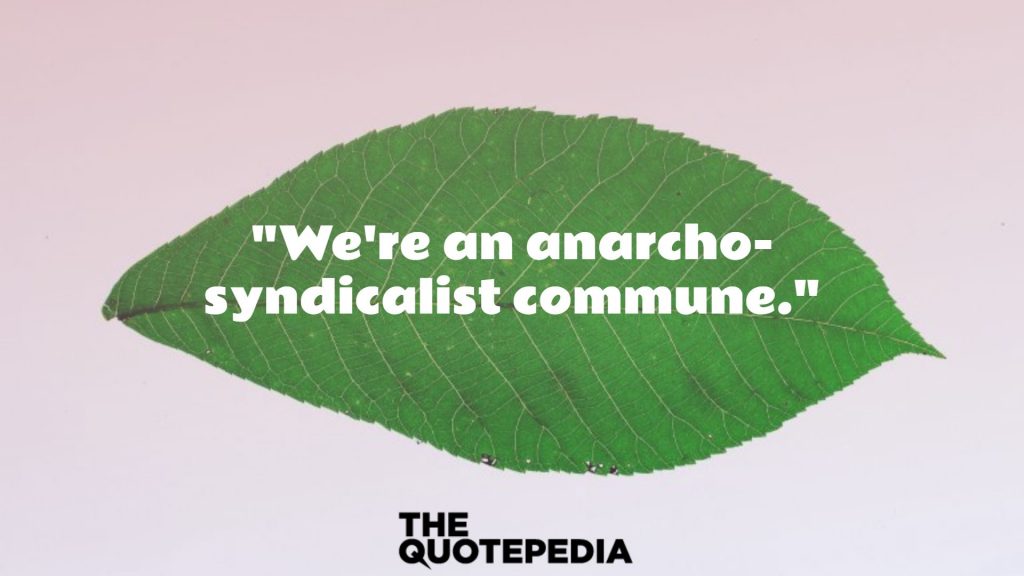 “And after the spanking, the oral sex!” 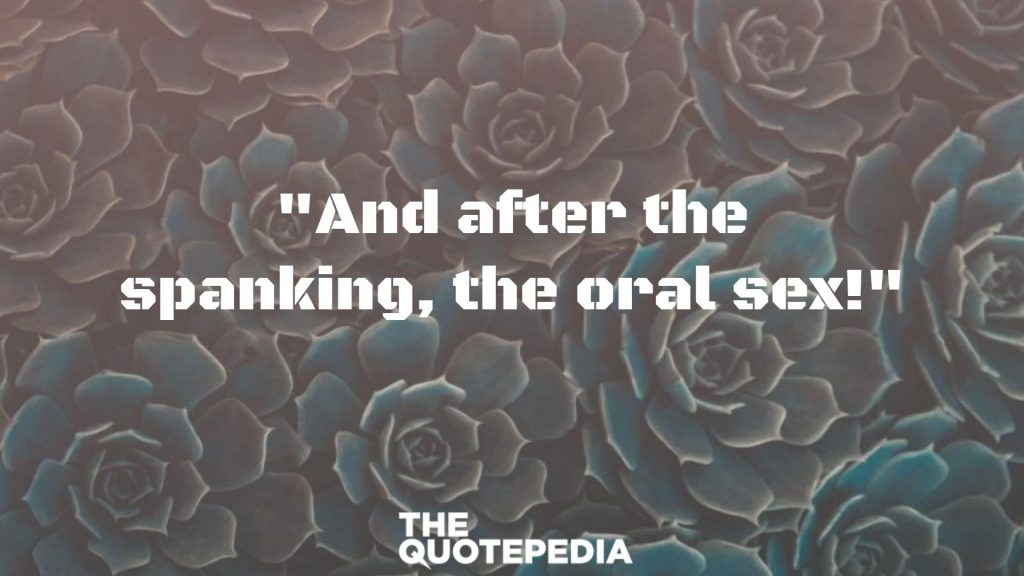 “You don’t frighten us, English pig dogs! Go and boil your bottoms, you sons of a silly person!”

“Oh, but you can’t expect to wield supreme executive power just because some watery tart threw a sword at you!”

“You tit! I soiled my armor I was so scared!”

“Well what is it you want?”

“We want A SHRUBBERY!”

“You must cut down the mightiest tree in the forest with…a herring!”

“We’ll not risk another frontal assault. That rabbit’s dynamite.”

“You only killed the bride’s father, you know.”

“Didn’t mean to? You put your sword right through his head.”

“On second thoughts, let us not go to Camelot. It is a silly place.”

“Alright, but apart from the sanitation, the medicine, education, wine, public order, irrigation, roads, the fresh-water system, and public health, what have the Romans ever done for us?”

“Excuse me. Are you the Judean People’s Front?”

“No you’re not. You’ll be stone dead in a moment.”

“You’re fooling yourself. We’re living in a dictatorship. A self-perpetuating autocracy in which the working classes—”

“Oh there you go, bringing class into it again.”

“What makes you think she’s a witch?”

“…and that, my liege, is how we know the earth to be banana-shaped.”

These were some of our top picked Monty Python And Holy Grail Quotes, keep following The Quotepedia for more wonderful and motivational quotes

From the time of 1966 to the end of his life Hunter S Thompson wrote a number of books. The...