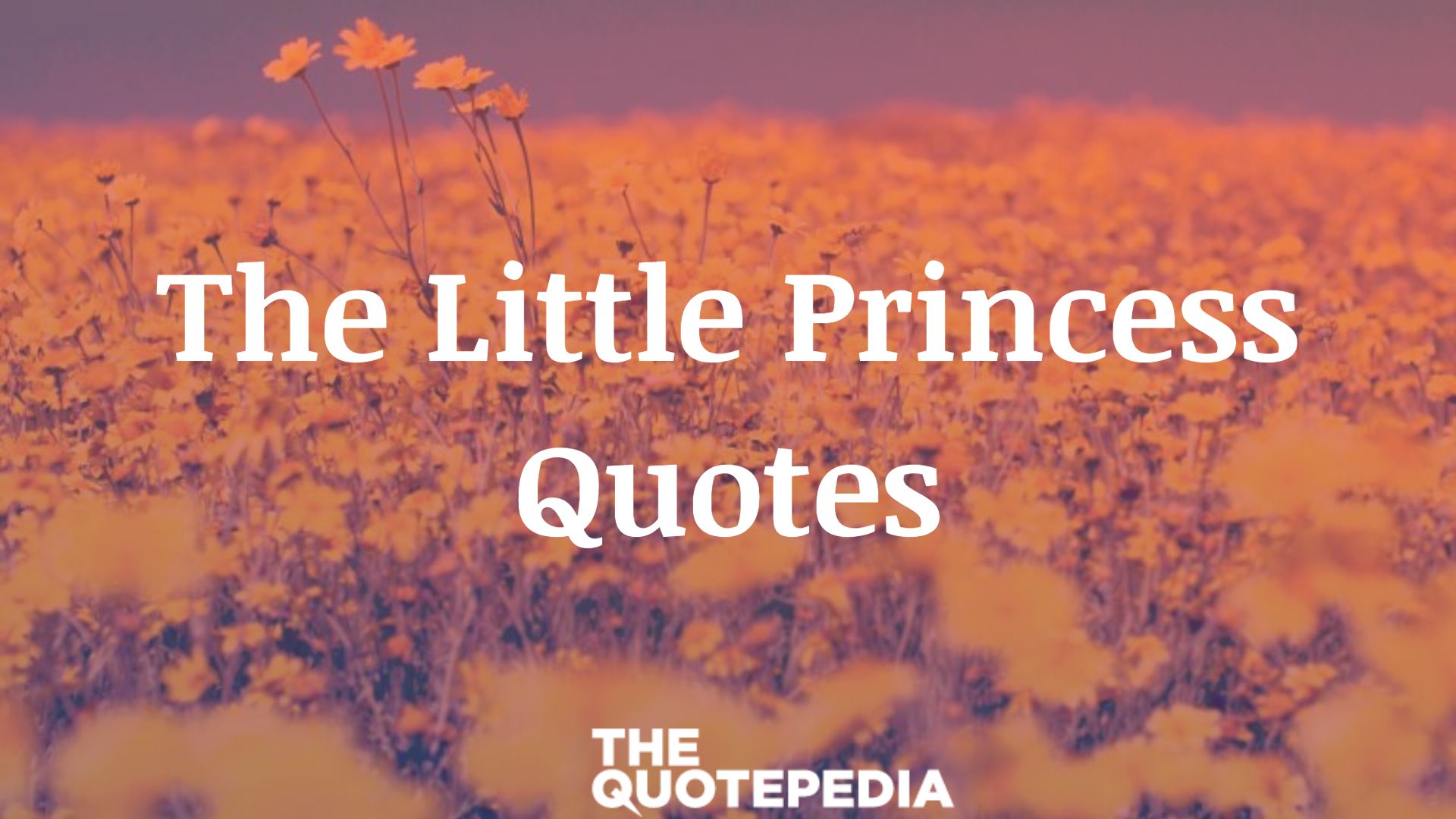 A Little Princess movie was released in 1995 and was inspired by the novel which was written by Frances Hodgson Burnett, the movie revolves around a girl who has no mother. She lives in India with his soldier father. Father sent her to boarding school in new york which was attended by her mother. She is been sent to boarding as her father was deployed in Africa for world war I. The girl is named Sara, she faces the cruelty of headmistress and institution. When she founds that her father is dead after that she becomes the servant of that college. As Sara being so creative headmistress thinks that the girl like her will only cause trouble.
But Sara never lowered her self-esteem, she was so courageous that she made her life better than the servant. This movie teaches us that no matter how harsh life becomes we should always act courageously and never lose our self-esteem. We should always fight with the toughest problems of our life and never to look down. What we imagine is what we become, we should expand our imagination to its fullest as that is a thing which makes us a different person from others.
We have listed the best The Little Princess Quotes for you to expand your imagination and to act boldly in every situation of life. Do enjoy it and be courageous.

“She did not care very much for other little girls, but if she had plenty of books she could console herself.”

“Things happen to people by accident … A lot of nice accidents have happened to me. It just happened that I always liked lessons and books, and could remember things when I learned them.”

“What you have to do with your mind, when your body is miserable, is to make it think of something else.”

“Adversity tries people, and mine has tried you and proved how nice you are.”

“Whatever comes…cannot alter one thing. If I am a princess in rags and tatters, I can be a princess inside. It would be easy to be a princess if I were dressed in cloth of gold, but it is a great deal more of a triumph to be one all the time when no one knows it.”

“If you tell stories, you like nothing so much as to tell them to people who want to listen.”

“I don’t like it, papa,” she said. “But then I dare say soldiers – even brave ones – don’t really like going into battle.”

“It’s so easy that when you begin you can’t stop. You just go on and on doing it always.” 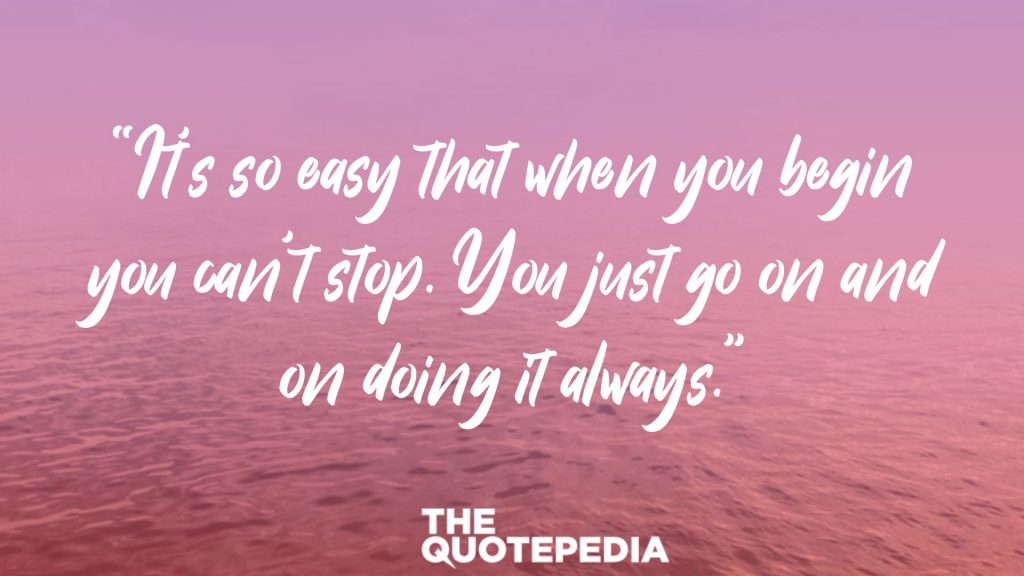 “Between the lines of every story there is another story, and that is one that is never heard and can only be guessed at by the people who are good at guessing.”

“I know you by heart. You are inside my heart.”

“Am I the same cold, ragged damp Sara? And to think I used to pretend and pretend and wish there were fairies! The one thing I always wanted was to see a fairy story come true. I am living in a fairy story. I feel as if I might be a fairy myself, and able to turn things into anything else.”

“Perhaps to be able to learn things quickly isn’t everything. To be kind is worth a great deal to other people … Lots of clever people have done harm and have been wicked.”

“‘If Sara had been a boy and lived a few centuries ago,’ her father used to say, ‘she would have gone about the country with her sword drawn, rescuing and defending everyone in distress. She always wants to fight when she sees people in trouble.‘”

“I am a princess. All girls are. Even if they live in tiny old attics. Even if they dress in rags, even if they aren’t pretty, or smart, or young. They’re still princesses.”

“Whatever comes,” she said, “cannot alter one thing. If I am a princess in rags and tatters, I can be a princess inside. It would be easy to be a princess if I were dressed in cloth of gold, but it is a great deal more of a triumph to be one all the time when no one knows it.”

“My mom won’t let anyone treat me like a little princess.” ~ Chloe Grace Moretz

“I pretend I am a princess,so that I can try and behave like one.”

“Perhaps I have not really a good temper at all, but if you have everything you want and everyone is kind to you, how can you help but be good-tempered? Perhaps I’m a HIDEOUS child, and no one will ever know, just because I never have any trials.”

“I dare say it is rather hard to be a rat,” she mused. “Nobody likes you. People jump and run away and scream out: ‘Oh, a horrid rat!’ I shouldn’t like people to scream and jump and say: ‘Oh, a horrid Sara!’ the moment they saw me, and set traps for me, and pretend they were dinner. It’s so different to be a sparrow. But nobody asked this rat if he wanted to be a rat when he was made. Nobody said: ‘Wouldn’t you rather be a sparrow?”

“When you will not fly into a passion people know you are stronger than they are, because you are strong enough to hold in your rage, and they are not, and they say stupid things they wish they hadn’t said afterward. There’s nothing so strong as rage, except what makes you hold it in–that’s stronger. It’s a good thing not to answer your enemies.”

“The air was full of spices… A Little Princess”

“Somehow, something always happens just before things get to the very worst. It is as if Magic did it. If I could only just remember that always. The worse thing never quite comes.”

“Perhaps you can feel if you can’t hear,” was her fancy. “Perhaps kind thoughts reach people somehow, even through windows and doors and walls. Perhaps you feel a little warm and comforted, and don’t know why, when I am standing here in the cold and hoping you will get well and happy again.”

“What you have to do with your mind, when your body is miserable, is to make it think of something else.”

“All women are princesses , it is our right.”

“If I would rescue one of my movies, it would be ‘A Little Princess.'” ~ Alfonso Cuaron

“It’s so different to be a sparrow. But nobody asked this rat if he wanted to be a rat when he was made. Nobody said, ‘Wouldn’t you rather be a sparrow?”

“How can you not believe in magic?”

“Books are the best friend you can possibily have when you feel alone.”

“This is how life works… you can’t control everything.”

“The feeling of abandon is something that haunts her forever.”

“When you start doing something you like, you just can’t stop.”

Related quotes:  75+ Best Art Of War Quotes Which Will Make You A Good Leader

“Never did she find anything so dQifficult as to keep herself from losing her temper when she was suddenly disturbed while absorbed in a book. People who are fond of books know the feeling of irritation which sweeps over them at such a moment. The temptation to be unreasonable and snappish is one not easy to manage.”

Related quotes:  75+ Life Is Short Quotes To Understand Worth Of Living

“Somehow, something always happens just before things get to the very worst. It is as if Magic did it. If I could only just remember that always. The worse thing never quite comes.”

“Hello?” I peered into the shadows. Two green circles flashed in the dark. I yelped, jumping backward and pressing myself against the wall. “And may I wish a very good morning to you, too, October.” The voice was amused, underscored by a chuckle like thick cream. “What happened? Did the prettiest little princess miss her carriage home?”

“I wasn’t into fairytales when I was little. I was of the generation of the earlier Disney films where many of the female characters, with the exception of the Maleficent’s, were not little girls that I admired… the little princesses. They weren’t characters that I identified with. I think that’s very different now for my girls and more recent films.”

“Inside the envelope with the letter was a little Princess Leia action figure USB flash drive. For me to store my novel on, since he was right – I never back up my computer’s hard drive. The sight of it – it’s Princess Leia in her Hoth outfit, my favorite of her costumes (how had he remembered?) brought tears to my eyes.”

“She looked into the staring glass eyes and complacent face, and suddenly a sort of heartbroken rage seized her. She lifted her little savage hand and knocked Emily off the chair, bursting into a passion of sobbing- Sara who never cried.”

“When people are insulting you, there is nothing so good for them as not to say a word — just to look at them and think. When you will not fly into a passion people know you are stronger than they are, because you are strong enough to hold in your rage, and they are not, and they say stupid things they wished they hadn’t said afterward.”

These were some of our top picked The Little Princess Quotes, keep following The Quotepedia for more wonderful and motivational quotes