The future of mankind stays in the destiny of the One Ring, which has been lost for centuries. Some Powerful forces are on their way in search of that one ring. But destiny of the ring has placed it in the hands of a young halfling named Frodo Baggins.
Dark Lord Sauron has created that one ring in order to control all other rings. His mere wish was to conquer over all the rings and rein over the middle earth. Story revolves around a young hobbit who lives in a place of hobbits named as Shire. From the beginning the story crosses over the middle-earth following the course of fate of the ring. All the powers have their eyes over the ring and the young hobbit Frodo has a heavy burden on his shoulder which is to destroy that ring in order to maintain the peace and secrecy of the middle-earth.

Best Lord Of The Rings Quotes

“It’s the job that’s never started but in the end it’s only a passing thing, this shadow; even darkness must pass.” 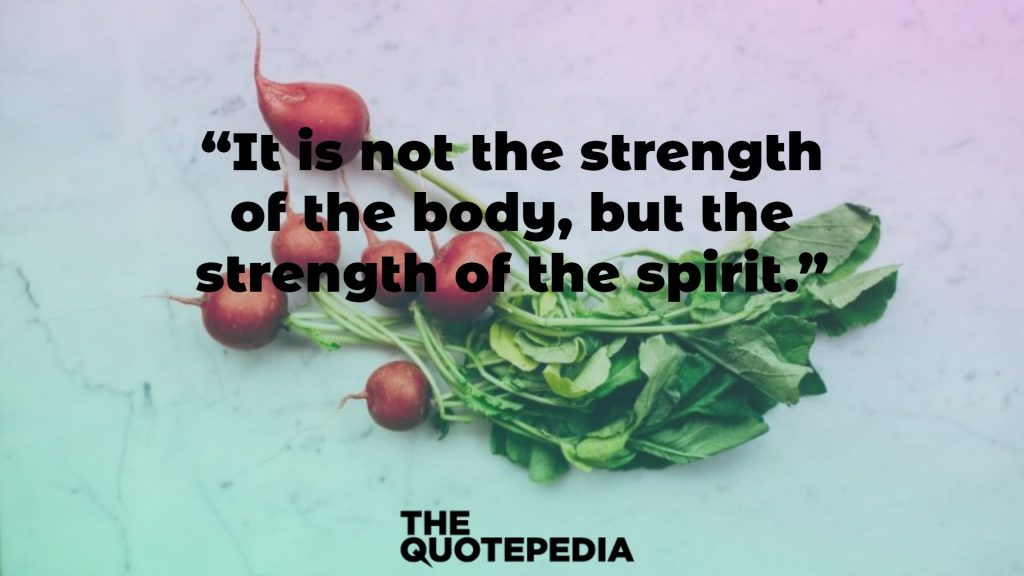 “It is useless to meet revenge with revenge: it will heal nothing”.

“Deeds will not be less valiant because they are unpraised.” 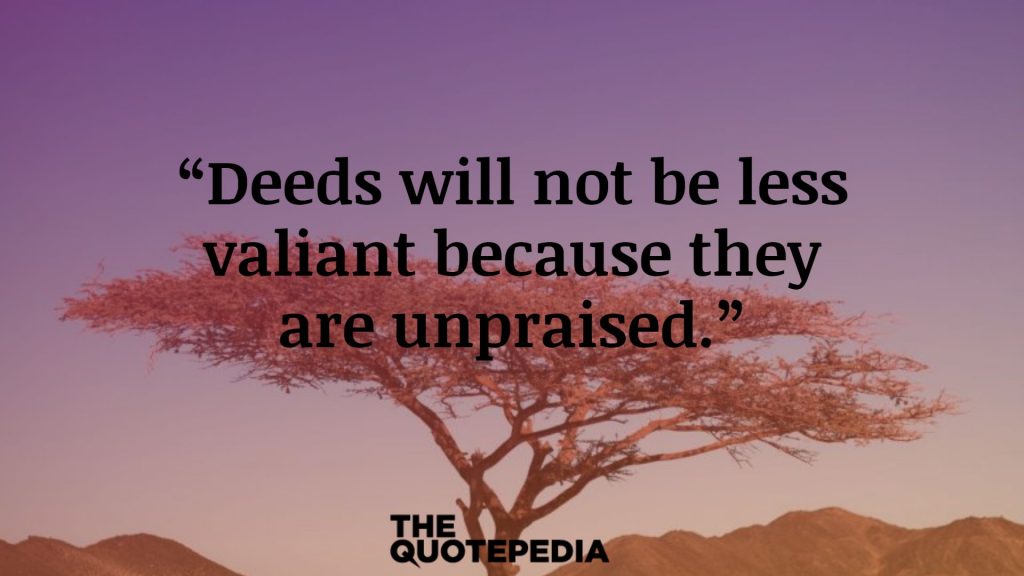 “There’s some good in this world,… and it’s worth fighting for.”

“Moonlight drowns out all but the brightest stars.” 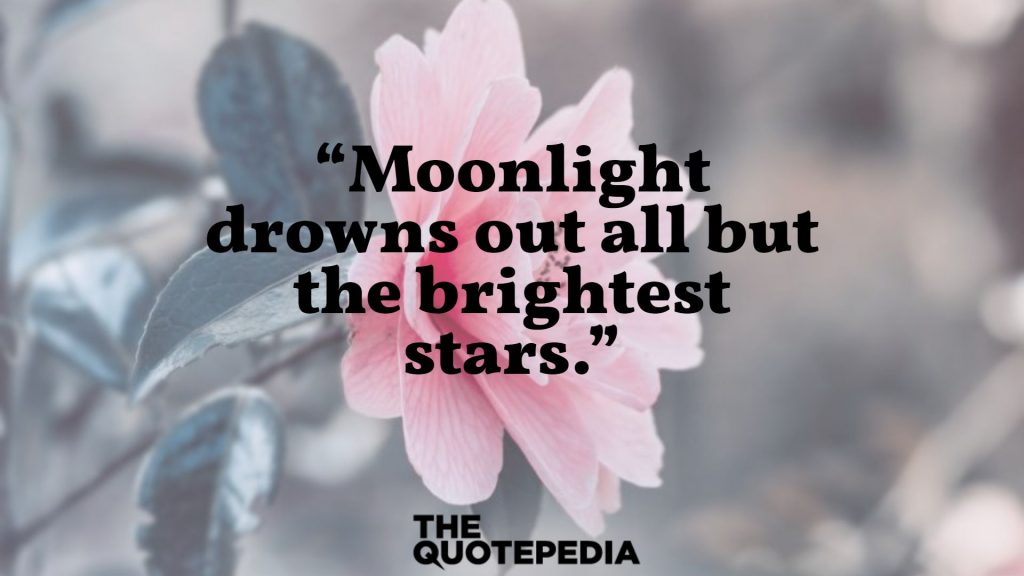 “We must take a hard road, a road unforeseen. There lies our hope, if hope it be.”

“Even the smallest person can change the course of the future.” 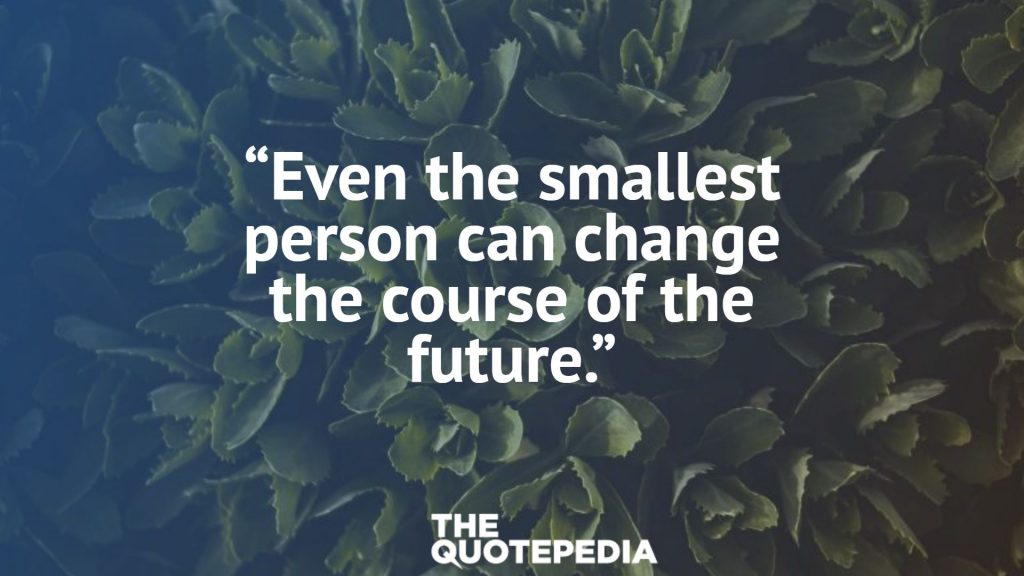 “Memory is not what the heart desires. That is only a mirror.”

“Even the smallest person can change the course of the future.”

“Your time will come. You will face the same Evil, and you will defeat it.”

“I would rather share one lifetime with you than face all the ages of this world alone.”

“This day does not belong to one man but to all. Let us together rebuild this world that we may share in the days of peace.”

“Deeds will not be less valiant because they are unpraised.”

“You step into the Road, and if you don’t keep your feet, there is no knowing where you might be swept off to.”

“Despair is only for those who see the end beyond all doubt. We do not.”

“The board is set, the pieces are moving. We come to it at last, the great battle of our time.”

“Who knows? Have patience. Go where you must go, and hope!”

“Oft hope is born when all is forlorn.”

“He that breaks a thing to find out what it is has left the path of wisdom.”

“The treacherous are ever distrustful.”

“It is perilous to study too deeply the arts of the Enemy, for good or for ill.”

“Where there’s life there’s hope, and need of vittles.”

“The burned hand teaches best. After that advice about fire goes to the heart.”

“Memory is not what the heart desires. That is only a mirror.”

“Faithless is he that says farewell when the road darkens.”

“Not all those who wander are lost.”

“Torment in the dark was the danger that I feared, and it did not hold me back.”

“And to that I hold. I would rather share one lifetime with you than face all the ages of this world alone.”

“Who knows? Have patience. Go where you must go, and hope!”

“A day may come when the courage of men fails, but it is not this day.”

“A hunted man sometimes wearies of distrust and longs for friendship.”

“Death is just another path, one that we all must take.”

“The wise speak only of what they know.”

“Take a chance on adventure.”

“Fantasy is escapist, and that is its glory.”

“And he took her in his arms and kissed her under the sunlit sky, and he cared not that they stood high upon the walls in the sight of many.”

“Do not meddle in the affairs of wizards, for they are subtle and quick to anger.”

“The wide world is all about you: you can fence yourselves in, but you cannot for ever fence it out.”

“The world is full enough of hurts and mischances without wars to multiply them.”

“Living by faith includes the call to something greater than cowardly self-preservation.”

These were some of our top picked Lord Of The Rings Quotes, keep following The Quotepedia for more wonderful and motivational quotes

"Thinking Of You" is not just a phrase but it is a feeling. You just don't think about someone anytime...