V For Vendetta is a movie released in the United Kingdom in 2005, it is based on virus and civil war and oppressors who try to occupy control over London. A vigilante uses terrorist tactics to save England from its oppressors. In his mission he finds and saves a woman who helps him in every possible manner. V for Vendetta movie shows how a society behaves during the civil war and how a society should behave during a civil war. This movie is a perfect example of humanity and empathy. We can learn many things from this movie as it is shown in the movie that during the time of crisis how a government does inequality with the people.
The quotes from the movie can make you understand how you should be with the people who stuck in trouble. These quotings will make you a better person and you will help someone instead of turning your back on them. We have listed top V For Vendetta Quotes for you to understand about humanity and empathy. Do enjoy it and help each other during the time of crisis. Never leave anyone on the basis of discrimination. If inhumanity exists then the end of world is near.

“The only verdict is vengeance; a vendetta, held as a votive, not in vain, for the value and veracity of such shall one day vindicate the vigilant and the virtuous.” 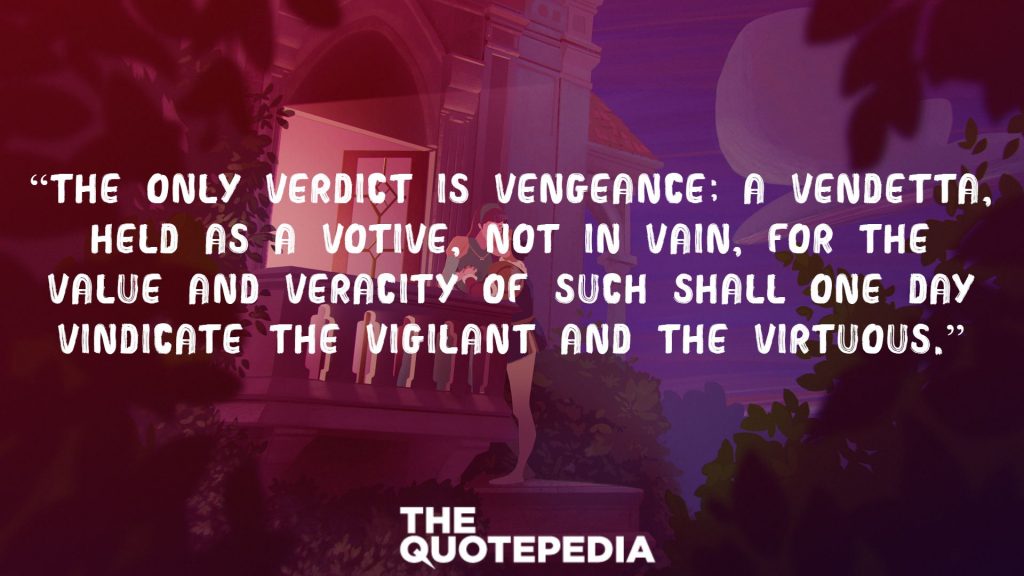 “While the truncheon may be used in lieu of conversation, words will always retain their power. Words offer the means to meaning, and for those who will listen, the enunciation of truth.”

“We are told to remember the idea, not the man, because a man can fail. He can be caught, he can be killed and forgotten, but 400 years later, an idea can still change the world.”

“Artists use lies to tell the truth. Yes, I created a lie. But because you believed it, you found something true about yourself.”

“You wear a mask for so long, you forget who you were beneath it.”

“The past can’t hurt you anymore, not unless you let it.”

“Happiness is the most insidious prison of all.”

“Love your rage, not your cage.”

“They say that life’s a game, & then they take the board away. 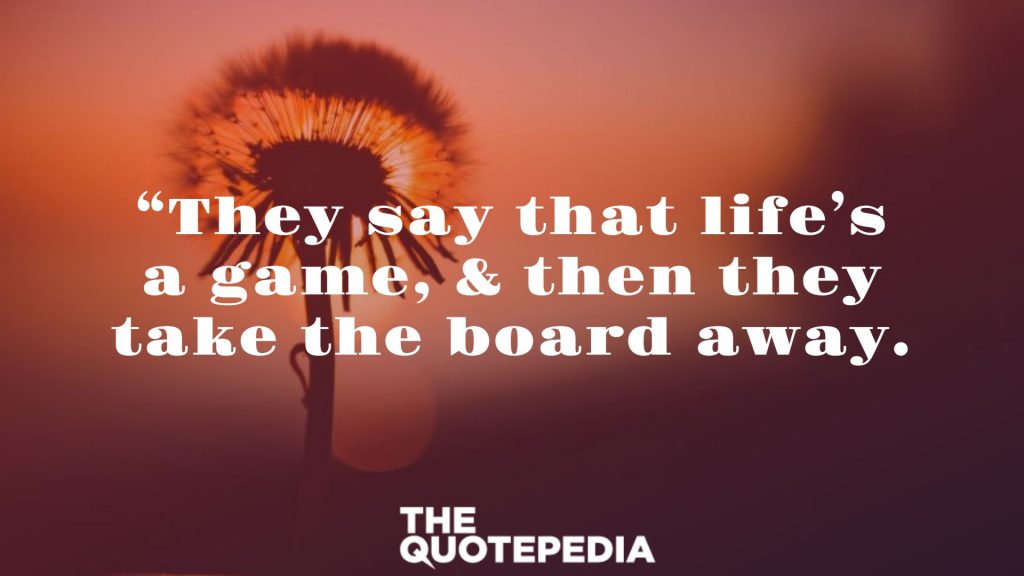 ”That’s it! See, at first I thought it was hate, too. Hate was all I knew, it built my world, it imprisoned me, taught me how to eat, how to drink, how to breathe. I thought I’d die with all my hate in my veins. But then something happened. It happened to me… just as it happened to you.”

“Yes, I created a lie. But because you believed it, you found something true about yourself.”

“Words offer the means to meaning, and for those who will listen, the enunciation of truth.”

“Where once you had the freedom to object, to think and speak as you saw fit, you now have censors and systems of surveillance coercing your conformity and soliciting your submission.”

“She grew Scarlet Carsons for me in our window box, and our place always smelled of roses. Those were there best years of my life.”

“It seems strange that my life should end in such a terrible place, but for three years I had roses, and apologized to no one.”

“If you’re looking for the guilty, you need only look into a mirror.”

“They made you into a statistic. But, that’s not the real you. That’s not who you are inside.”

“She use to tell me that god was in the rain.”

“Your pretty empire took so long to build, now, with a snap of history’s fingers, down it goes.”

“Our masters have not heard the people’s voice for generations and it is much, much louder than they care to remember.”

“But what I hope most of all is that you understand what I mean when I tell you that even though I do not know you, and even though I may never meet you, laugh with you, cry with you, or kiss you. I love you. With all my heart, I love you.”

“Artists use lies to tell the truth.”

“It was my integrity that was important. Is that so selfish? It sells for so little, but it’s all we have left in this place. It is the very last inch of us, but within that inch we are free.”

“Since mankind’s dawn, a handful of oppressors have accepted the responsibility over our lives that we should have accepted for ourselves. By doing so, they took our power. By doing nothing, we gave it away.”

“The ending is nearer than you think, and it is already written. All that we have left to choose is the correct moment to begin.”

“Equality and freedom are not luxuries to lightly cast aside. Without them, order cannot long endure before approaching depths beyond imagining.”

“My mother said I broke her heart…but it was my integrity that was important. Is that so selfish? It sells for so little, but it’s all we have left in this place. It is the very last inch of us…but within that inch we are free.”

“A building is a symbol, as is the act of destroying it. Symbols are given power by people. Alone, a symbol is meaningless, but with enough people, blowing up a building can change the world.”

“I, like God, do not play with dice and do not believe in coincidence.”

“Look, all they want is one little piece of information. Just give them something… anything.”

“There’s no certainty – only opportunity.”

“What was done to me created me. It’s a basic principle of the Universe that every action will create an equal and opposing reaction.”

“The multiplying villainies of nature do swarm upon him.”

“I remember how the meaning of words began to change. How unfamiliar words like collateral and rendition became frightening.”

“One thing is true of all governments – their most reliable records are tax records.”

“Defiant to the end, huh? You won’t cry like him, will you? You’re not afraid of death. You’re like me.”

These were some of our top picked V For Vendetta Quotes, keep following The Quotepedia for more wonderful and motivational quotes